Knowing how to work a few basic crochet stitches is very useful in knitting. Chain stitch (ch), single crochet (sc), and double crochet (dc) are frequently used by knitters to create decorative edges, to cast on or bind off, and to make buttonholes, buttons, accessory cords, embellishments, and more.

Hook sizes are coordinated with knitting needle sizes, but the system for labeling size is different. Crochet hooks are numbered in several different ways. The smallest sizes are steel hooks, which use numbers. The higher the number, the smaller the hook size. Larger hooks are labeled with letters and numbers, A/0 through P/16. Some brands also include metric sizes. Many knitters use a hook one or two sizes smaller than their needle size to prevent the crochet from becoming ruffled or wavy instead of lying flat and smooth against the knit fabric. Practice on your gauge swatch to determine which size hook works best on your project.

The chain stitch forms the foundation row in crochet. It is quick and easy to make.

Step 2: Holding the hook in your right hand and the working yarn in your left hand, bring the yarn over the hook from back to front, and pull it through the loop on the crochet hook (fig. 30a). 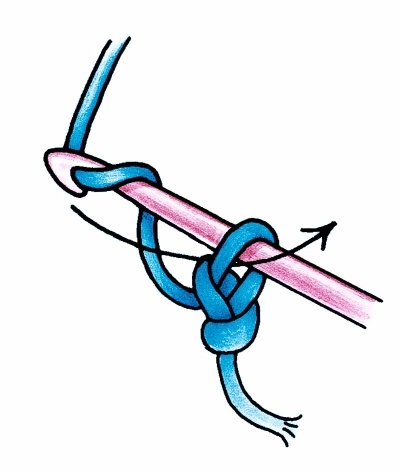 Step 3: Repeat step 2 until the chain is the desired length (fig. 30b). When the last chain is made, cut the working yarn, leaving a tail to weave in later. 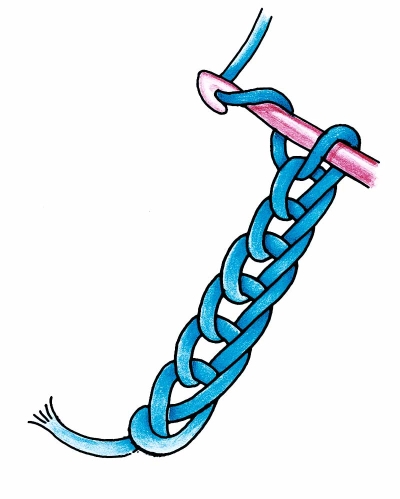 Step 4: Thread the tail through the last chain on the hook, and pull to tighten and secure.

Single crochet can be used as a quick and easy finishing edge on your knitted pieces. It is attached either directly to knit stitches, along a bound-off edge, or as a border for other crochet stitches. It makes a firm finish and helps the edges to lay flat.

Step 1: Insert the hook under a bound-off stitch (or wherever directed in the instructions). Bring the working yarn over the hook and pull through a loop, yarn over again, and pull it through the loop on the hook (fig. 31a). 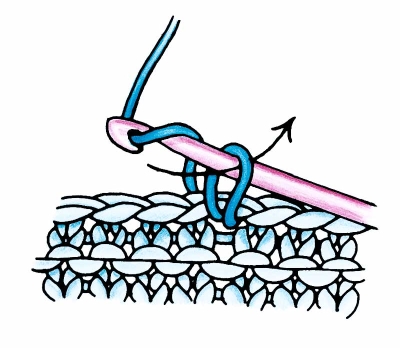 Step 2: Insert the hook under the next bound-off stitch (fig. 31b), yarn over, and pull up a loop (two loops on hook). 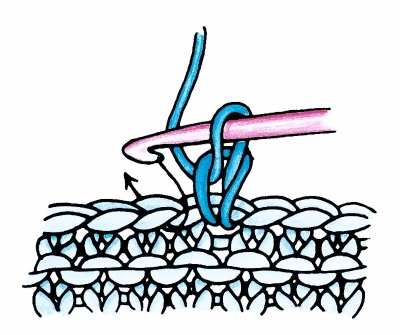 Yarn over again, and pull the yarn back through both loops on the hook, leaving one loop on the hook (fig. 31c). 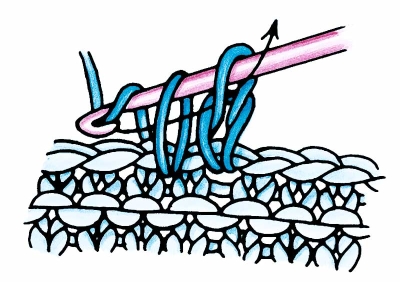 Step 3: Repeat step 2 until the required number of stitches is completed. Finish according to pattern instructions.

This stitch is worked into a chain, single crochet, or directly into the knitting, as shown here. 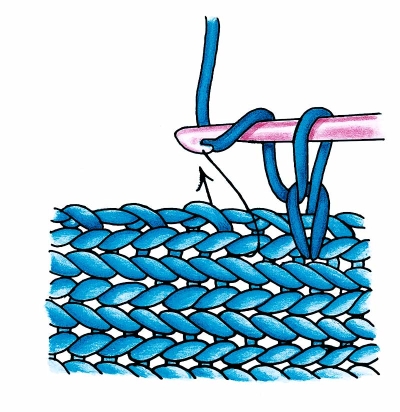 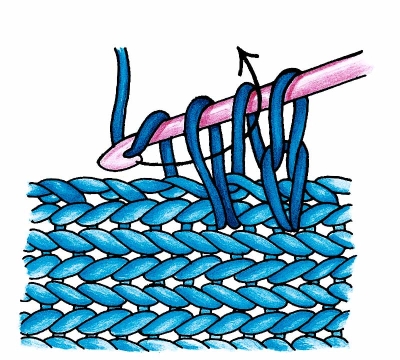 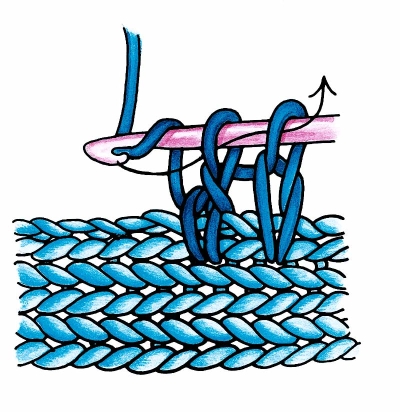 The double crochet is complete; one loop is on the hook (fig. 32d). 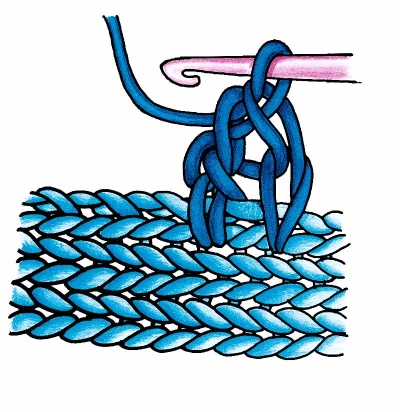 Repeat step 2 for pattern. To end the last stitch, after completing step 2, cut the yarn and pull it through the last loop on the hook.

On the next page, we'll start to learn about the finishing steps involved with a knitting project. 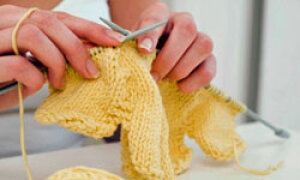 How to Make a Baby Blanket 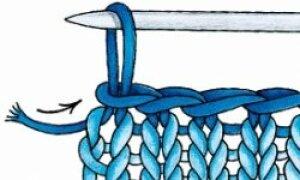 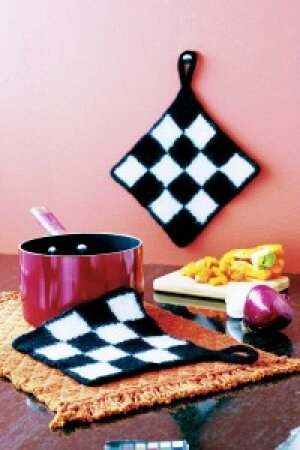