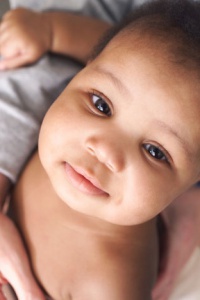 It can be common for African-Americans to create new names for their children by combining their own set of fashionable sounds and syllables.
Photodisc/Thinkstock

In the 1960s, some African-Americans began to give their children names from African cultures. Some adults also changed their names to African or Muslim names. Because slaves were often assigned the surnames of their owners and given common first names, choosing African names is a way for African-Americans to acknowledge their heritage before slavery. However, only a few genuine African names, such as Ayana, Kwame, and Jabari, have become widely popular in the African-American community. Muslim names from the Arabic language, such as Iesha, Jamal, Malik, and Aaliyah, have been more popular recently, even with African-Americans who have not adopted the Islamic religion.

Since the 1970s it has become more common for African-Americans to create new names for their children by combining their own set of fashionable sounds and syllables. Names for girls formed in this way are called "Lakeisha names" after one of the prime examples. Lakeisha names are created by linking a fashionable prefix, such as Sha-, La-, Ka-, Shan-, or Ty-, with a fashionable suffix, such as -isha, -ika, -onda, -ae, -ique, or -ice. The resulting names are almost always accented on the second syllable.

In the 1970s and 1980s, names beginning with La- such as Lashonda and Lashay were most popular. In the 1990s, Sha- names such as Shameka, Shanae, and Shaniqua were fashionable. In 2004, names starting with Ja- or ending in -iyah such as Jakayla, Jamya, Janiyah, and Taniyah were in vogue. But the point of this custom for most parents is to create a unique name for their child, and many are successful. Even in states as large as Pennsylvania, each year the average African-American girl receives a name that no other African-American girl born in that state is given. It was not possible to include many of these unique names, such as Azanae, Kyaire, and Zaterria, but they are now the most typical kind of names for African-American girls. Names for boys that have been created similarly include DeJuan, Deonte, Jamarion, Ladarius, and Quantavious. 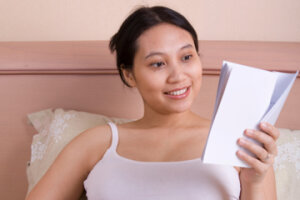