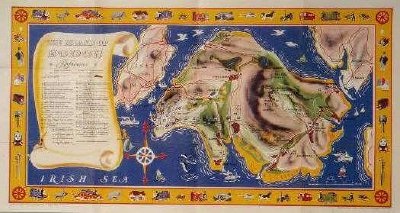 The star of "Thomas & Friends" is, of course, Thomas, but even he knows he wouldn't be the famous engine he is today if it weren't for his friends. Here is a look at some of the Really Useful characters in "Thomas & Friends":

Thomas the Tank Engine can be described as a cheeky, true blue engine who proudly wears the #1 on his side as he makes tracks to great destinations on the Island of Sodor and beyond. Thomas is a Really Useful Engine, though he sometimes gets into scrapes -- usually by being overeager to do things that are best left to bigger and more sensible engines. But Thomas is soon bustling about again, playing his part in the yard and on his very own branch line, of which he is extremely proud.

Sir Topham Hatt is the Director of the Railway and is responsible for making sure that the engines are always Right on Time and Really Useful. Once known only as the Fat Director, he has a firm but kind manner in dealing with the engines and staff.

James is a medium-size engine. His six driving wheels are not as big as Gordon's and not as small as Thomas'. He has a fine scarlet coat and a brass dome, and likes to think of himself as a Really Splendid Engine. This can occasionally lead to high-falutin' ideas that land James into trouble.

Percy is the junior member of the team of engines. He is a happy little chap who's normally quite content puffing around the yard with no particular desire for adventure in the great world outside. He is always keen to oblige, a trait of which the other engines sometimes take advantage.

Henry is a long, fast engine. He has a thoroughbred look and, like all thoroughbreds, tends to be somewhat highly strung and prone to problems. But when sympathetically driven, he'll give any engine a run for its money.

Toby is old-fashioned, both in looks and outlook. Every engine, no matter how old, wants to be Really Useful, and having once nearly been scrapped, Toby is always happy to work.

Gordon is the senior member of the engine family, the fastest and most powerful of Sir Topham Hatt's line -- and he knows it. He's goodhearted, though, and always willing to use his superior strength to help smaller engines out of trouble.

Edward, one of the older engines, is good-willed and kind. When the other engines misbehave, Sir Topham Hatt turns to Edward in order to calm everyone down and restore order.

Emily is a beautiful engine with shiny paintwork and gleaming brass fittings. After she rescued Oliver and Toad when they were stuck on the tracks, Sir Topham Hatt rewarded her with a brand new pair of coaches.

Mavis is a feisty young diesel engine who works at the quarry. She is full of her own ideas and doesn't take kindly to advice. She has a lot to learn about the Troublesome Trucks, but she is learning to be a Really Useful Engine.

Bertie has a great deal in common with Thomas. Ever since their Great Race, they have been the firmest of friends. Bertie wants the engines to admit that -- just sometimes -- roads have their uses as well as rails.

Like all cranes, Cranky has a high-and-mighty attitude that often annoys the engines. But Cranky knows that if he ever gets too big for his crane hook, the engines have ways of getting back at him.

Harold is a welcome and lively addition to the quiet landscape of Sodor whenever he appears, and even if the noise he makes is occasionally wearing, the engines are always pleased to see him.

Terence is an honest and hardworking tractor who has often been the subject of teasing from the younger engines because of his caterpillar treads. He takes it all in stride, though, and always gets the job done.

Trevor is an old tractor who enjoys dozing in the sun but dislikes being left outside for too long. He loves to show that he's still very useful and capable of a good day's work.

The Troublesome Trucks take great delight in causing trouble for whichever engine has to pull them. Noisy and silly, they talk a lot and do not attend to what they are doing.

Salty, The Dockside Diesel, is a hardworking engine who loves to tell tales of his life by the sea. Salty is a little rough around the edges but has a great big heart and will always rush to aid any engine, be it steam or fellow diesel.

Harvey is a good-natured crane engine. Sir Topham Hatt brought him to the Island to help with the loading and unloading of freight. No job is too big for him.

Elizabeth is a beautifully restored vintage steamwagon who, like all trucks on the Island, believes that roads are much better than rails. She tends to wear a scowl and is quick to correct the engines who comment on her age, by exclaiming, "I'm not old -- I'm vintage!"

Would you believe that there have been nearly 300 "Thomas" episodes produced in the past decade? Read the list on the next page -- you might be surprised how many you've seen.