by Jessica Willis
NEXT PAGE
That dress! That train! Princess Di and Prince Charles leave St. Paul's Cathedral after their wedding looking every bit the part of royalty. Anwar Hussein/Getty Images

Royal weddings have always been highly anticipated events. No matter who's walking down the aisle, the thing we look forward to the most is seeing the bride's dress. Royal brides have become fashion icons by wowing the world with beautiful gowns and sparkling jewels, no matter how simple or extravagant their wedding-day look might be. Let's have a look at a few while Prince Harry and Meghan Markle have everyone excited about royal weddings.

Diana Spencer married Prince Charles in London's St. Paul's Cathedral on July 29, 1981. Her ivory gown has been called the world's most famous dress. It's known for its 25-foot (7.6 meter) train, made from 150 yards (137 meters) of silk. To this day, it's the longest train that's ever been worn at a royal wedding. The gown was made from six sumptuous fabrics, including silk taffeta and tulle crinoline, and cost about $14,000. David and Elizabeth Emanuel, who helped Diana get into her dress on her wedding day (by sewing her in!), designed the legendary gown.

Grace Kelly married Prince Rainier of Monaco on April 19, 1956. Her gown was designed by MGM studio costume designer, Helen Rose, and it was a gift from Kelly's movie studio. It took a team of more than two dozen seamstresses six weeks to complete the garment. The dress featured 125-year old Valenciennes rose-point lace, silk taffeta, 98 yards (90 meters) of tulle and bows that were fastened all the way down the train. With a high collar and small buttons trimming the bodice, it was a modest dress designed with a Catholic ceremony in mind. Kelly was released from her film contract in exchange for the studio's rights to film the ceremony in Monaco. Today, you can see the dress in the Philadelphia Museum of Art.

Crown Princess Victoria of Sweden was wed to athletic trainer Daniel Westling at Storkyrkan Cathedral in Stockholm on June 19, 2010. Her cream-colored gown was designed by Par Engsheden and made from duchess satin. It featured an off-the-shoulder neckline with a turned-out collar, a V-shaped back and a 16.5-foot (5-meter) train that flowed from the gown at the waist. She accessorized with silk satin pumps with rhinestone buckles and the tiara that her mother wore at her own wedding in 1976. Her lace veil was also passed down to her from her mother.

Queen Elizabeth II might have paid for her gown with ration coupons.
Keystone/Getty Images

Queen Elizabeth II married Prince Philip on Nov. 20, 1947, at London's Westminster Abbey. Their wedding was widely celebrated, as it was the first royal wedding since World War II. According to some sources, the queen saved ration coupons to buy the fabric necessary for her gown. Designed by Norman Hartnell, the dress was made from ivory duchess satin and was decorated with thousands of white pearls, which were imported from the United States. Flowers covered the dress and 15-foot (4.6-meter) train. The bride wore a silk veil lent to her by her mother, which was held in place by her grandmother's tiara. Her shoes matched the fabric of her dress and were embellished with pearls and silver. Making a statement with simplicity, the queen wore a strand of pearls given to her by her parents.

Princess Maxima was married to Prince Willem-Alexander on Feb. 2, 2002, in Amsterdam. The pair have since become king and queen. Her long-sleeved ivory gown was designed by Valentino and had a train inset with embroidered flowers. Her veil also had a floral design and measured 16 feet (nearly 5 meters) — as long as her train. Her tiara was perhaps the most special part of her wedding-day ensemble. The base was from a tiara worn by Queen Emma, and the stars that adorned it were adapted from one worn by Queen Emma's daughter, Queen Wilhelmina.

Princess Martha Louise and Ari Behn offer a royal wave after their wedding on May 24, 2002.
Michel Porro/Getty Images

Princess Martha Louise was wed to Ari Behn on May 24, 2002, at the Nidaros Cathedral in Norway. Her two-piece gown was comprised of a simple A-line dress and a long jacket with a 10-foot (3-meter) train. The gown was made of white silk crepe and was sewn by Anna Bratland. Designer Wenche Lyche made the jacket from off-white duchess satin. Her veil was silk chiffon, and she wore a tiara that belonged to Queen Maud. The princess's entire ensemble was inspired by the Martha Lily flower, which decorated the cathedral at the wedding ceremony.

Princess Margaret was married to Antony Armstrong-Jones on May 6, 1960. Because of her petite frame, the princess didn't want an extremely lavish dress. She chose a white silk organza gown that was fitted at the bodice and fanned out at the skirt, which was made from 98 feet (30 meters) of fabric. To keep it simple, Princess Margaret opted for very little beading and embellishments. Norman Hartnell, the fashion mastermind behind Queen Elizabeth's wedding dress, designed it. Her tiara was bought especially for her at auction; it was previously owned by Lady Poltimore.

Princess Anne married Mark Phillips on Nov. 14, 1973, at Westminster Abbey. As Queen Elizabeth II's only daughter, her wedding was highly televised by ABC. Maureen Baker designed the stunningly beautiful gown with its smooth, silky silhouette, high collar and trumpet sleeves. While the gown was very modest, the pin-tucked bodice showed off the bride's very small waist. The gown didn't have many elaborate details, but the long, silk train was punctuated by flowers outlined in pearls and silk. Princess Anne wore her grandmother's tiara and a simple veil.

Perhaps the last time royal watchers got this excited about upcoming nuptials was when Prince Harry's older brother Prince William married Kate Middleton on April 29, 2011. Middleton worked with Sarah Burton from Alexander McQueen to design her Victoria-inspired yet modern long-sleeve gown with the lace bodice. Burton also made Middleton's second wedding dress, which she later wore to the reception. The second dress was a white satin strapless number that Middleton topped off with a fuzzy shrug. 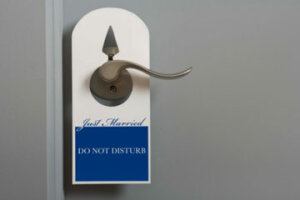