How to Apply Strip Eyelashes in 3 Steps

by Caitlin Uttley
NEXT PAGE 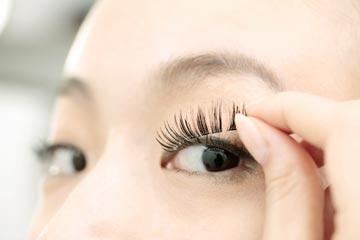 Long, thick, false eyelashes aren't new to the makeup scene. In fact, they made their debut gracing the lids of the beautiful Seena Owen in the 1916 D.W. Griffith film "Intolerance." To make her appear more alluring, Griffith had Owen wear the first set of false eyelashes, so that when she gazed down, her lashes would flutter on her cheek.

After that, false lashes added appeal and mystery to some of the world's biggest movie stars. In the 1940s, they became available to the general public, and by the 1960s strip lashes had become very popular, thanks to model Twiggy and her "dark eyes" look. Today, they're sold and applied in much the same way as back in the '40s.

These days, most people who don fake lashes use full, or strip, lashes made of either real human hair or synthetic fibers. Some are made to look natural (only better) while others involve more dramatic materials, like feathers, but they all involve fluttery lashes attached to a thin strip that adheres to the eyelid.

Another technique is called "lash by lash," where you adhere individual false lashes one by one to your own individual lashes to make them longer. But this process is more complicated, expensive and time-consuming than using strip lashes.

Strip lashes are easy to apply -- it only takes three simple steps. Ready to mimic the stars and add more oomph to your batting eyelids? Let's get started! 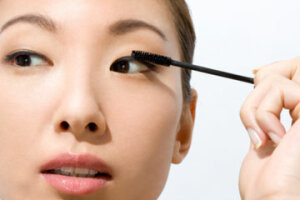 How to Apply Single Eyelashes in 5 Steps