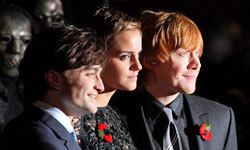 Underneath all the wizardry, the Harry Potter film series has a lot to say about being a teenager.
Mike Marsland/WireImage/Getty Images

Admit it: You love movies about being a teenager. We all do. Adolescence is a trying time, so it's not surprising Hollywood has often sought to examine the teenage ethos. And we're not only talking about lame melodramas. Teens and their problems can be found in every genre from romance to science fiction, and teen woes are featured in many of the best, most memorable films of all time. Just try to imagine "Titanic" without an adolescent Jack and Rose or "The Goonies" with a team of 20-something protagonists. That just wouldn't work.

But finding a quality teen-focused flick can be hard. For every "Back to the Future," there's a "Teenagers from Outer Space" (trust us, it's not good). That's why we've sat through countless teenage tears, rebellious glares and first kisses to bring you a definitive list of the best, most iconic teen movies of all time. We'll even examine the teenage-minded ideology of each film, so be prepared to learn why John Travolta's rebellious swagger in "Grease" belies his character's personality and why muggles can make really good friends.

First up, learn who played an anxious teen before he became an eccentric celebrity.

Before he was jumping on Oprah's couch, Tom Cruise was sliding across his parents' living room in "Risky Business." But this flick is good for more than just the Tom-Cruise-as-a-teenager factor. It's about how the pressure of being a teen can be overwhelming sometimes and how a few bad decisions made as an adolescent can seemingly ruin the rest of your life.

We don't want to give away too much, but the plot involves parents away on vacation, a prostitute and some very, very risky business. If you haven't seen this one, seek it out. It'll remind you how Cruise came to be such a celebrated actor and why the teenage years can be so stressful.

To solve some problems, you need the assistance of an adult. Just ask Marty McFly, the teenage protagonist of "Back to the Future."

Besides being one of the best time-travel movies ever, "Back to the Future" also reminds us that most teens wouldn't make it to adulthood without some grown-up intervention and direction -- no matter how all-knowing teens think they are.

In Marty's case, he never would've gotten back to 1985 without Doc's guidance. Yes, it's pretty unlikely you ever needed help time traveling when you were a teen, but chances are you at least asked for an adult's advice about study habits, the opposite sex, football or something else. You could argue that it was Doc's fault Marty was stuck in 1955 in the first place, but things turned out for the better for Mr. McFly and his family after Doc intervened (at least until the sequels).

Due to the success of the "Back to the Future" franchise, the 1981 DeLorean DMC-12 will forever be best known as an on-screen time machine, but the car itself was incredibly unique. Aside from the still-futuristic gull-wing doors, all DMC-12s had rear-mounted engines and unpainted stainless steel bodies. Only around 9,000 were ever produced. 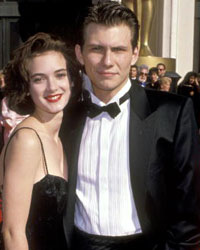 Yes, the books are better, but that's no reason to knock the Harry Potter film series. The first few movies are enjoyable, preadolescent tales that are fun and family-friendly, but by the time the heroes are actual teenagers, the stories are darker and much more serious. Death, betrayal and the role of fate are all explored. However, what makes these films such powerful teenage dramas are two incredibly relatable themes: You don't have to be related by blood to be family, and good friends can help get you through anything.

None of us has ever been to wizarding school, fought a giant snake or failed a potions test, but many of us have lost people we loved or had to face an extremely difficult task. Having a friend to lean on during those times makes all the difference -- muggle or not.

Harry Potter hasn't been around very long (the first book was published in 1997), but he sure is good at making money! In 2005, Potter author J.K. Rowling became one of the wealthiest people in world, with a net worth of more than a billion dollars.

It doesn't matter if you were the least popular kid in school or were the class president of cool. We've all had moments when we've had to (or at least wanted to) stand up for ourselves and for what was right. Sometimes you've got to fight back, and "Revenge of the Nerds" is the ultimate cinematic fulfillment of that moment when the supergeeks of the Tri-Lamb fraternity wage war against the overbearing jocks of the Alpha Beta clan. Part revenge fantasy, part slapstick comedy, this hilarious flick is guaranteed to get you cheering for the nerds, even if the closest you got to a geek when you were in school is that time you stuffed one in a locker. 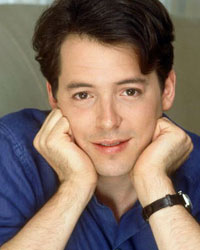 Ferris Bueller is a likable guy. He's smart, funny, attractive and seems to have everything going for him.

He personifies the carefree sprit of adolescence, and his actions throughout the movie say, "I've got my whole life in front of me, and I don't have to live by the rules."

And really, he doesn't. Bueller engages in some crazy antics, and there's no real consequence. Cameron, Bueller's best friend, inadvertently destroys his dad's Ferrari, but Bueller himself is never in any real danger, and we know it.

It's not the most realistic film (trust us, everyone involved would face retribution for destroying that Ferrari), but it's fun, quirky and a nearly perfect teenage flick.

Bueller may have had a blast on his day off, but being a teen is often harder than being an adult, and no movie captures the frustrating reality behind adolescence better than "The Breakfast Club."

Set during a single day of Saturday detention, five students from different social cliques get to know one another and discover they're not so different after all. We learn about the struggles each kid deals with on a daily basis, from being too popular to living with an abusive father. While some issues are much more dramatic and disturbing than others, all the teens feel constricted and confined by their social status, peers' and parents' expectations, and, ultimately, their age.

Being a teenager can be fun, but it isn't easy, and "The Breakfast Club" helps us remember that.

As any teenager can tell you, maturing from a child into an adult sometimes means you have to learn things the hard way. Many of us had to fail several tests before we really understood the importance of studying, and we had to suffer through a few bad breakups before we learned what it means to be in a relationship. The kids in "Stand By Me" don't really learn what death is until they're staring it in the face.

Like many formative adolescent experiences, the story starts off innocently enough. A group of friends decides to take a trip to see a dead body, but over the course of their journey, they come to learn a lot about life, friendship and, yes, death. It's a beautiful film that anyone who's ever spent a summer afternoon goofing off with friends will enjoy, and it reminds us of the transient nature of both adolescence and life itself.

"Stand By Me" is based on the novella "The Body" by Steven King and is set in King's fictional town of Castle Rock, where many of his more ghastly tales, including "Needful Things," "Cujo" and "The Dark Half," take place. 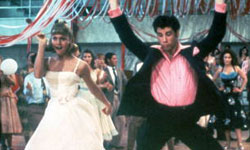 James Dean only starred in three films, but this is the one that made him a legend. "Rebel Without a Cause" is a timeless teenage classic. Even though Dean's obsession with the word "chicken" is laughable today, we dare you not to feel something when he screams "You're tearing me apart!" to his parents.

This movie's got it all: a knife fight, a spectacular car crash, romance, insanity and death. Besides all the action and drama, this film is really just the story of one boy figuring out who he is and coming to grips with the fact that parents don't always have the right answers. Responsibly can be a frightening thing, but ultimately, we must make our own decisions -- and learn to live with the outcome.

T-shirts weren't a popular public clothing option until James Dean sported one in "Rebel Without a Cause." Before he debuted the now-classic tee and leather jacket combo, T-shirts were used exclusively as undershirts for button-ups.

Are teens too young to go under the knife?
How can you apply for adoption of a child that you are a legal guardian for?
Does Being a Stay at Home Mom Benefit Your Kids?