Those jeans you're wearing? They're part of a decades-old debate about whether — and when — you should wash denim. It's a contested topic filled with pseudoscience and conjecture, one centered around an Odyssean journey designed to coax a legendary article of clothing into the perfectly worn pair of jeans.

How often jeans should be laundered is dependent on a number of factors, including fabric, dye and your personal feelings on bacteria. But first, Ben Bowlin, host of our BrainStuff video above, lets you in on some surprising information. Denim is only partially dyed, so if you prefer a deep indigo color, think long and hard before putting those pants in the washing machine.

Denim is created when cotton fibers are made into a twill weave. In a twill weave, a yarn called the weft is woven crosswise, passing over and under vertically placed warp fibers. Typically, only the warp threads are dyed. This means the weft threads remain white, a quality that gives the inside of blue jeans its lighter color.

Plus, the blue shade on the warp threads comes from an indigo dye — a dye that doesn't penetrate cotton fibers. Indigo sits atop the surface of each thread that makes up the yarn, its molecules chipping away over time and causing the fabric to fade.

This fade pattern is so unique that the FBI can analyze denim fade patterns to track criminals, identifying telltale whisker patterns on the front and honeycomb patterns behind the knees.

Washed and artificially distressed denim has already been broken in, allowing you to see its particular fade right away.

Raw denim — you'll know it by its stiff feel — will fade naturally over time in a pattern based on your activities. The longer you go without washing raw denim, the more personalized the jeans will become, displaying a customized set of fading patterns. If you can wait to wash, you'll also preserve the indigo and stiff texture of the denim.

But what about the bacteria colonizing the denim on your lower hemisphere? In 2011, a microbiology student at the University of Alberta put it to the test. He went 15 months without washing his jeans, then tested the denim's bacterial content. He compared the findings to another pair of jeans that had been washed a mere two weeks earlier. The bacteria content on both pairs of jeans was nearly identical.

So if you don't want to wash your jeans, how do you keep them clean? Levi's used to recommend freezing jeans to kill bacteria and odor, something that was later proven to be a myth.

Most of the bacteria on our jeans comes from our skin, and these germs are adapted to living at low temperatures. Stephen Cary, a frozen microbe expert at the University of Delaware, says you'd be better off heating the jeans to 121 degrees Celsius (249 degrees Fahrenheit) for 10 minutes. Or, he adds, you could just, y'know ... wash them.

Now That's Interesting
Since 1999, a Denim Day campaign has encouraged people to wear jeans on a Wednesday in April to raise awareness about sexual violence; It started after the Italian Supreme Court overturned the conviction of driving instructor who raped a female student, citing the tightness of her jeans.

How the Food Industry Made 'Artisan' Meaningless 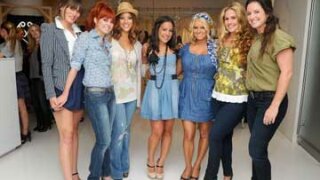 What Your Jeans Say About You 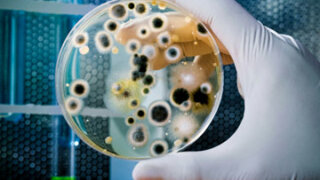 How do bacteria communicate? 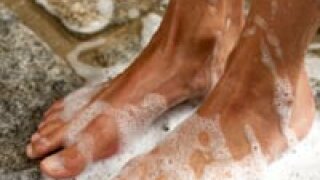 Can certain soaps get rid of foot odor?