by Kathryn Whitbourne May 19, 2017
Actor James Dean poses for a photo on the set of the Warner Bros film 'Giant' in 1955 in Marfa, Texas. Michael Ochs Archives/Getty Images

Ever since Levi Strauss, a German immigrant with a dry goods store in San Francisco, teamed up with Jacob Davis, a tailor from Reno, Nevada, to make sturdy pants for miners in the 1870s, America has had a love affair with blue jeans. Here are five things you may not know about this most democratic of pants.

1. Those Rivets Had a Purpose.

It wasn't just for style that Levi's jeans have had copper rivets on the pockets since the beginning. They were originally designed to make the seams of these miners' pants more durable. An 1873 article in the Pacific Rural Press opined that this feature will become "quite popular amongst our working men," noting, "nothing looks more slouchy in a workman than to see his pockets ripped open and hanging down, and no other part of the clothing is so apt to be torn and ripped as the pockets." The small fifth pocket on a pair of Levi's, by the way, is called a watch pocket since it was originally meant for placing a pocket watch inside. In the 1930s, the pockets were sewn to the pants so that the rivets were covered because of complaints that they scratched furniture. But they were returned to view in 1947.

The words "jeans" and "denim" come from two European ports that had been making similar fabrics since the Middle Ages. In Nimes, France, weavers had been trying to reproduce a cotton corduroy made famous in Genoa, Italy. They instead came up with their own sturdy fabric, called "serge de Nimes," later shortened to "denim." This was the material Strauss and Taylor used for their jeans. The threads of this fabric were dyed indigo because, unlike most natural dyes, indigo binds to cloth's threads externally. So, every time the fabric is washed, some of the dye molecules — and the thread — are stripped away. This process softens the rough fabric and makes the jeans more comfortable over time, not to mention more form-fitting. Nowadays, synthetic indigo is used.

Although people often associate jeans with cowboys, records show relatively few of them wore the fabric (farmers and miners were more likely). But by the 1930s, jeans had become popular with everyday Americans, thanks to the dude ranch craze. During the Depression era, ranchers made extra money by allowing paying customers to visit and play at being cowboys. Many an American purchased their first pair of jeans in anticipation of their dude ranch visit. But these pants were seen strictly as weekend wear.

4. Movie Stars Made Them Popular with Teens.

In 1955, James Dean made the classic teen-angst film "Rebel Without a Cause," telegraphing his rebellious ways with his uniform of blue jeans, white T-shirt and leather jacket. Marlon Brando wore the same look in the 1953 film "The Wild One" and Marilyn Monroe popularized the outfit for women (minus the leather jacket) in "The Misfits." The "cowboy" look symbolized that these young people didn't want to conform to society and longed for the open range, so to speak. In fact, jeans were banned from schools in the 1950s, seen as a symbol against authority. Nevertheless — or because of this — jeans became firmly associated with youth culture as the 1950s morphed into the '60s and beyond. And as these teens became adults, they continued wearing jeans everywhere.

Jeans have always been closely associated with America and American values. But could that love affair be cooling down? After a few recent years of poor company earnings, media reports speculated whether Americans were ditching jeans permanently for "athleisure" wear like yoga pants and leggings. Time will tell. Levi Strauss reported a modest profit for first quarter 2017, while VF Brands, which owns Lee and Wrangler jeans reported a loss. But it's hard to think that there wouldn't be room for both in the U.S. fashion landscape.

Now That's Weird
Jeans are banned in North Korea as part of a push to eliminate Western cultural influences from its society. In fact, violators of the ban could end up in a labor camp.

Incredible, Intriguing and Irrational: Our Best Stories You Might Have Missed This Week

Extreme Sports Athletes Crave the Reward, Not the Risk 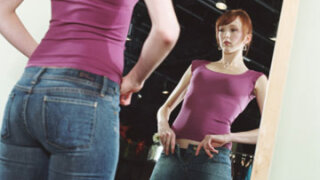 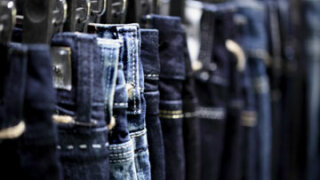 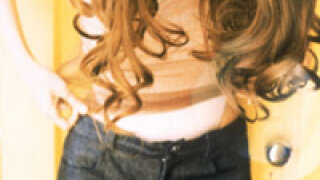 Denim Fit and Find Guide for No Curves