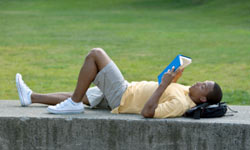 Khaki shorts are the little black dress of the male summer wardrobe. They go with everything.
Comstock/Thinkstock

When it comes to fashion, it's a well-known fact that guys get the short shrift. Not to make too much of a sweeping generalization here, but girls do get to have all the fun. Women have so many more clothing options, and there are little to no rules about length, cut, fabric, color or pattern. This phenomenon is most noticeable at black-tie events -- where the women are individually wrapped in sparkling dresses, and the men are virtually interchangeable in black tuxes -- and during the summer.

When the weather starts getting warmer, women can bust out their summer wardrobes of tank tops, tube tops, dresses, skirts, shorts, capris -- basically, whatever they want. It's all fair game. And men? Well ... men have shorts, and that's about it.

There are two basic rules with men's shorts. No. 1: Stay away from pleats, please. Flat-front is the only way to go. You want as straight a line as possible from hip to hem. No. 2: Don't mess around with the length. Your shorts should hit about an inch above the knee -- any shorter, and you're showing a little too much thigh and bordering on short-shorts. Any longer, and you're heading into man-capris territory, and no one wants to go there.

We wish we could say there are boatloads of options when it comes to men's shorts, but it's pretty slim pickings. Just to make sure you have all your bases covered, though, here's our list of must-have shorts.

Khaki shorts are the little black dress of the male summer wardrobe. They go with everything, they're appropriate for just about any occasion and every guy has at least five pairs of them. Boring? Yes, but it makes your life so much easier -- you can basically get dressed with your eyes closed. Just pull out any pair of shorts and a T-shirt and chances are it'll match. You're good to go.

Some fashion blogs are touting men's short-shorts for summer 2012 (in fluorescent colors, garish patterns and flowing material, no less), but 99 percent of the male population should stick with the basics. 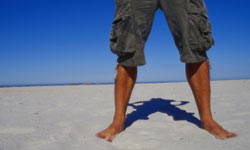 Most guys own a pair or two of cargo shorts, but you should really only wear them as part of your extreme casual wear.
Ingram Publishing/Thinkstock

Cargo shorts (and pants) arrived on the scene in the late '90s and are still a staple in the wardrobes of many men under the age of 40 or so. The powers-that-be in the fashion world have placed cargos on the "out" list, but we think they're still acceptable -- as extreme casual gear only, though. You shouldn't wear cargos to a garden party or to a nice restaurant for brunch. (Tip: You don't have to actually put stuff in all of those pockets, either.)

When a summer event calls for something more than cargos or your everyday khakis -- but not a full step up to pants or a suit -- it's time to pull out the dress shorts. We're not saying you need to go out and buy something extra-special and expensive, but maybe just do a minor upgrade to nicer material or a slightly slimmer cut. At the very least, reserve a pair of khakis for special occasions -- and maybe even iron them before hitting the party!

Khakis and cargos can work just about anywhere, but the gym is one place you shouldn't take them. Pumping iron or shooting hoops in a pair of Dockers is definitely grounds for revocation of your man card. If you're doing anything remotely athletic that might involve sweat, you should be in loose, elastic-waist shorts that are made of some sort of breathable fabric.

There's definitely some leeway in the knee-length rule when it comes to gym shorts, but the exception does not extend to swim shorts. When you're looking for a pair of swim trunks, keep them as near as possible to the knee. And please, no bikinis. 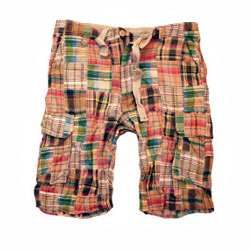 Madras shorts come in every color combination out there.
iStockphoto/Thinkstock

After a while, all those sensible, solid Earth tones might start to get to you. If you're living in a sea of khaki, olive, navy and various shades of beige, it could be time to break out of your shorts comfort zone. This is where the classic Madras plaid short comes in. They come in just about every color combination out there, from subdued to brash, so it's just a matter of finding a pair (or two) that suits your personality. Locating the right shirt to complement the plaid could be daunting, but as long as it's not stripes, you should be OK. 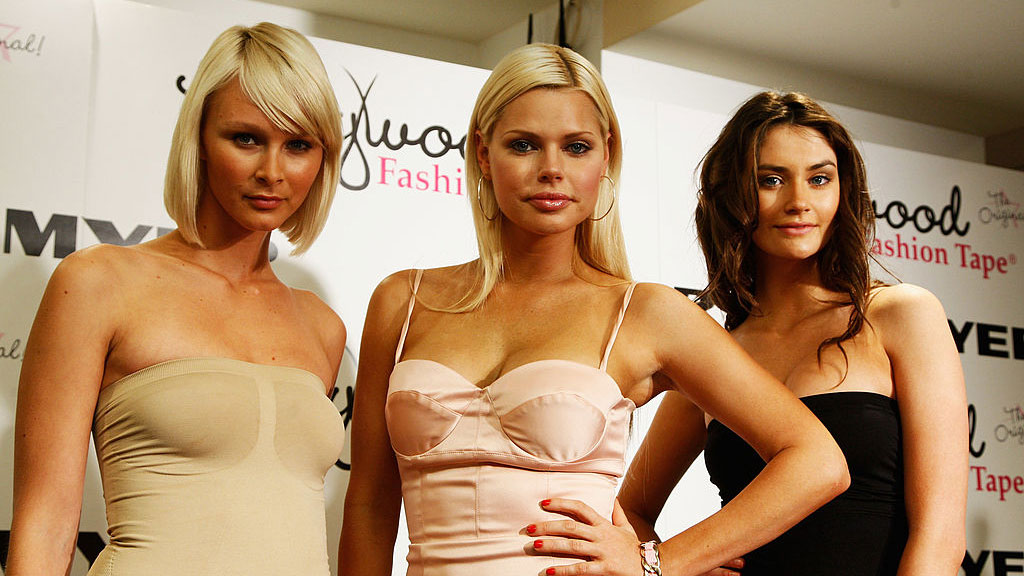