Cosmetics: What Women Buy, How They Buy It and Why 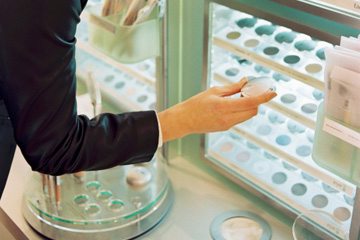 I love makeup. That's a hard admission to make as a middle-aged professional working on a postgraduate degree. When I found myself doggedly searching the Internet recently for Alpha Lipoic Acid Lip Plumper from N.V. Perricone, M.D., Cosmeceuticals, I decided it was time to investigate my fondness for cosmetics and the excitement I get from pursuing them.

My makeup cache consists of six bases (some "barely there"; some, like Ultima II Wonderwear, you can't pry off without special solvent), four powders (ranging in shades from Lancome's Bronze Delicat bronzer for fair skin to Chanel's Perfecting Powder in amethyst purple), one perfect Clinique "pink blush," three mascaras (from cheap to the luscious Lancome Definicils), one eyebrow pencil, three lip pencils, one concealer, eight lipsticks, four glosses, eight eye shadows, six eye pencils, two eyeliners and one lip plumper — on good days, I'm positive it works — and then some.

Most of the women I interviewed regarding their makeup collection owned 15 to 25 products, though my friend Robin Hagey of Los Angeles admitted to having 114 ("I never throw anything out! A lot of them are free samples!") and my hairdresser estimated her stash at "Oh my God, over 100 pieces, maybe even 200."

Most of us bought our products in department stores, although we hate those painted-up clerks who prey on women's insecurities. Many of us picked up makeup at drugstores, especially mascara (Maybelline Great Lash and 2000 Calorie).

The experts say we get a lot of our ideas from magazines. My favorite is Harper's Bazaar, which recently sent me out looking for Max Factor Red Passion lipstick. After all, designer Jeremy Scott hand-picked it as "the perfect red." I also recently hunted down Lancome's Photogenic base — one of the new light-reflecting cosmetics (Prescriptives has several) that Vogue promises makes your skin appear "as faultless as an airbrushed pinup's." 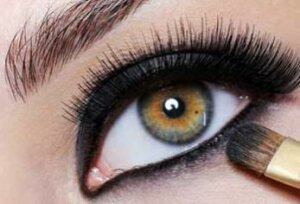 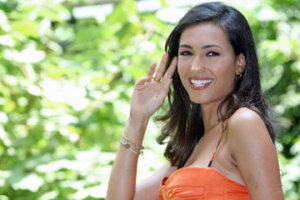 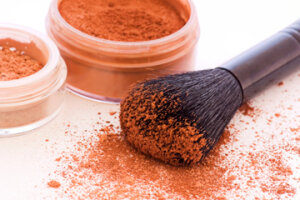 Is natural mineral makeup better for your skin?