When you think of fabrics associated with royalty, corduroy might not be the first one that comes to mind. But one of corduroy's origin stories tells the tale of a ridged fabric that got its name from the French phrase "corde du roi," which translates to "king's cord."

Its noble French name notwithstanding, corduroy is believed to have English origins. According to Brooks Brothers, it was 18th-century English factory workers we have to thank for the fabric. However, the American retailer alleges that the name stems from combining "cord" in reference to the fabric's rows of ridges and "duroy," which was a contemporary wool fabric. In this story, corduroy was strictly donned by the working class, and its name was similarly derived.

The plot thickens because corduroy is also linked to fustian, a range of fabrics used beginning in the Middle Ages, initially including wool but made of cotton during the 17th century. Some fustians had a "raised nap or pile," and the term is still used today to refer to heavy cotton fabrics, such as corduroy. Another bit of corduroy legend states that the name fustian originated in Egypt where weavers developed a linen and cotton fabric with a raised surface and named it for the city where it was created — Al-Fustāt.

Wherever the name originated, the earliest known corduroy produced in the United States was in Worcester, Massachusetts, in 1780, according to Fairchild's National Directory and Digest, a textile dictionary. Today, the "royal" fabric might conjure up images of Steve McQueen, a staid professor or even Corduroy the Bear, the 1968 department store stuffed animal who needed a button and a friend. Despite waxing and waning — or perhaps warping and wefting — popularity, corduroy has proven itself to have staying power.

"I think it was mostly popular in the 1950s and probably the '60s," says Nancy Riegelman, professor of drawing at Art Center College of Design in Pasadena, California. "It became a cliché when professors used it. It's dressed up but casual. It can look almost elegant, but it always has this casual quality."

It's All in the Weave

Often made of cotton or a cotton blend, corduroy's defining characteristic is that it has piles. Typically, fabric is woven with two sets of yarn perpendicular to each other, according to Deborah Young, instructor of textile science at Fashion Institute of Design & Merchandising (FIDM) in Los Angeles. To produce piles, the weaver includes an extra set of yarn. Once the weaving has been completed, the piles are cut. In a sense, the process is similar to making carpet.

"It's a pile weave, meaning three dimensional," says Young. Terry cloth, velvet and velveteen are other examples of three-dimensional fabrics, and they are all known for their soft feel. In corduroy, the raised line is called wale, a word said to be related to plowing. The wales — or ridges — are always vertical and appear as a variety of thicknesses from feather to wide, according to Young. Menswear usually features a wide wale, while womenswear has a thinner wale.

Thanks to its three-dimensional quality, corduroy requires a bit of special care. First, like all pile weaves, it must be steamed or fluffed. And because it's usually made of cotton, it could shrink, which means not putting your corduroy pants in the dryer might be good practice, but air drying may leave you with stiffer, wrinkled pants.

"You don't want it to lie down," explains Young, cautioning against ironing. "The more absorbent a fiber is, the more it will shrink, and the more it will wrinkle." Eighteenth-century factory workers might have been fine with the wrinkling and the shrinking, but today's corduroy wearers need to keep care in mind.

Corduroy is one of those fabrics that seems to go in and out of fashion. After a good run between the 1950s and 1970s, it fell out of style. But it popped up again in the 1990s and in the 2010s. Still, regardless of fashion trends, some people will always gravitate to the fabric for fall and winter clothing.

Green corduroy pants and multi-colored Sandro sneakers were seen on the streets of Berlin in 2018.
Christian Vierig/Getty Images

"It's one of the warmest," says Young. "It's a thick fabric, so it adds volume." While denim and corduroy are both made of cotton, corduroy is thicker, so it is also warmer. Its piles give it a soft, almost velvety surface that makes it cozy during cold weather. "It's a staple. It's comfortable and safe."

In addition to providing a sort of familiarity, corduroy can also offer a bit of flair, according to Riegelman.

"It has a sheen," she says. "It's like velvet; it's one of those fabrics that gives a visual punch to an outfit." She calls it distinctive, comfortable and great looking on men. "It is used today because it is a classic fabric."

Yet, corduroy is moving forward with the times. Textile manufacturers are working on new ways of producing it, for example making 22-wale corduroy with bamboo and bamboo rayon, rather than 100 percent cotton. The goal is to make a fabric that is more sustainable while also being soft and lustrous, Riegelman says.

In the tradition of McQueen or Dustin Hoffman, corduroy still makes a great combination with jeans and a jacket or coat. Haute couture fashion house Christian Dior used silk-blend corduroy for a women's coat in the late 1960s. But the fabric has popped up in more unexpected applications too.

"All the rules have been broken," says Riegelman, explaining that, for example, denim is now used in evening gowns and chiffon to make T-shirts. There are no rules anymore, so how about a ruffle-trimmed, cotton-corduroy midi dress from The Vampire's Wife or an origami wrapped corduroy jumpsuit from Galvan?

In his green, cord overalls missing a button, Corduroy the Bear probably never saw that coming!

What's the Difference Between Global Warming and Climate Change?

The Anthropocene Epoch: Humans vs. the Earth 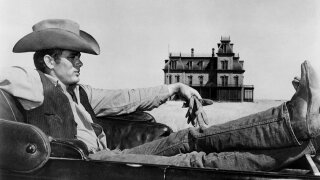 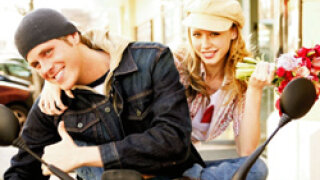 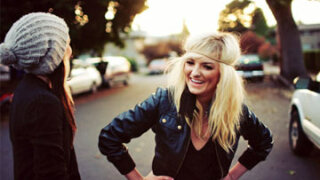 How to Create Street Style with Flair

Can You Refinance Your Student Loans if You Didn't Graduate?
February 21, 2020