Why are scents attributed to a specific gender? 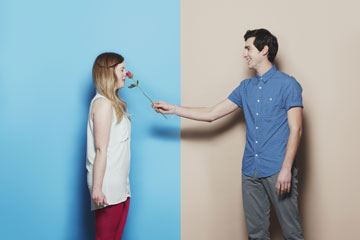 How did certain scents become associated with each gender?
David Ryle/Riser/Getty Images

The idea that men and women naturally prefer certain scents falls into the same category as "blue for boys, pink for girls." It's not based in biology. It's a cultural contrivance of Western society.

Western gender-scent stereotypes seem to have originated in 19th-century Europe. Until then, most people were either working poor or working class, toiling to make ends meet. Men and women tended to live and work together, on small farms or in family-run shops. But various social and economic changes gave rise to a middle class. This upwardly mobile group had money for more than the bare necessities and the leisure time to enjoy them. They also had more distinct gender roles. Men worked in white-collar jobs in the city. They were to be industrious and sober-minded. Women were expected to occupy themselves with home and family. And now that they didn't have to hoe the turnip patch, they could enjoy pursuits more fitting to their feminine nature, such as arranging flowers and playing music.

At the same time, the light and delicate scents that were fashionable with the social elite became more available, thanks to the invention of synthetic fragrance compounds. These too became part of the feminine image. One hundred-fifty years of marketing has set that image in stone.

On top of that, the neuroscience behind the gender-scent connection shows that an association with a certain memory influences your reaction to a scent. If you feel that flowery scents are feminine, it may be because those are the fragrances your mom always wore, and she wore them because her mom did, and so on. As anecdotal evidence, one survey found that some of the most popular scents for Britons were the cozy smells of suburban home life, including cut grass and Sunday roast. Another poll showed that on the island of New Zealand, favorite aromas included salt air and hangi cooking, a native cuisine.

Gender can affect how a fragrance smells, however. The fragrance compounds in a perfume or cologne react differently on each person's skin. While skin chemistry is unique for each individual, women tend to have more acidic skin than men. So, a woman who finds a fragrance manly on her boyfriend might be surprised to find its scent more womanly when she wears it.

Finally, consider that some scents are marketed (there's that word again) as unisex. To appeal to women and men equally, companies rely on middle-of-the-road scents, including crisp citrus fruits like lemon, pungent spices such as nutmeg, and heady florals like jasmine. If you're looking to break with gender scent stereotypes, you might try some of these fragrances.

Now if we could just figure out where "blue for boys, pink for girls" came from.