What's the difference between all-natural and chemical-based fragrances? 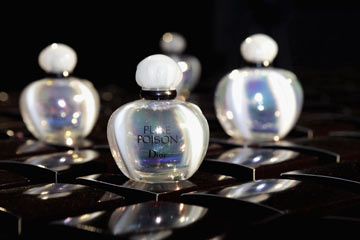 Even top perfume houses like Dior use only synthetic fragrances. Why?
Eric Ryan/Getty Images

During the late 19th century, perfume makers began to replace natural ingredients like lavender and rosewood with synthetic alternatives, largely for economic reasons. Surprisingly, the rising green movement and the shift towards all-things natural has done little to reverse this trend. Today, roughly two-thirds of all fragrances used in perfumes and other scented products are made in the lab, not by Mother Nature, and the vast majority of top perfumes are made partially or entirely from synthetics. If going green is all the rage, why do Dior, Chanel, Armani, Lauren and other top perfumers stick to synthetic scents? It turns out that synthetics not only offer superior fragrance and staying power, they may actually be better for your health and the planet in some cases.

To understand how natural and synthetic fragrances differ, it's helpful to understand how they are made. Natural scents come from plants, trees, or animals, and include everything from lilac to sandalwood to deer musk. Synthetics are made in the lab, and come in three basic varieties. These include full synthetics, which are made almost entirely from petroleum byproducts, as well as semi-synthetics, or natural fragrances that have been modified by artificial means. Some synthetics, like natural isolates, blur the line between natural and man-made. These scents are extracted from a natural fragrance, such as isolating a single scent from the complex aroma of a rose.

With so many sweet-smelling scents found in nature, why do perfume makers pass over these fine fragrances in favor of artificial alternatives? The list of natural ingredients is limited to florals, botanicals or musks, while synthetic scents can be crafted and blended to create an infinite number of variations. Synthetic perfumes also last longer than natural fragrances, which are quick to fade due to a lack of non-synthetic fixatives. These fixatives not only give perfume its staying power, but also help to release a scent slowly over time, giving it a greater complexity and richness than virtually any aroma found in nature.

Yet despite their unmatched staying power and variety, synthetic scents continue to come under fire for their potential health hazards. Many of these fragrances contain harmful chemicals like phthalates, which are known hormone disrupters and carcinogens. Even worse, laws in the U.S. specifically exempt fragrances from labeling requirements, making it tough for consumers to know what they're up against. The FDA considers fragrances a trade secret, so the ingredients don't have to be listed on the label.

While the lack of information regarding synthetic fragrances may leave you scrambling for a natural alternative, so-called natural perfumes pose problems of their own. While many people believe that natural products are less likely than synthetics to cause an allergy, that's not necessarily the case. Often, natural scents contain dozens of compounds, while the same scent can be created in a lab using a single molecule. That means that allergy-prone individuals have to dodge dozens of molecules to safely wear the natural version of the scent, or just a single molecule to wear the artificial version.

Natural products aren't necessarily any better for the environment than they are for your body. Natural musk production requires musk to be painfully extracted from deer and other animals, while natural sandalwood and rosewood production has led to massive deforestation. All three of these scents can be re-created with ease in the lab, with much less risk to the environment.

In the end, the natural vs. synthetic debate comes down to personal preference. Only by weighing your own personal values and beliefs against the environmental and health impact of your favorite fragrances can you choose a perfume that's right for you.

How Long Should You Really Go Without Washing Your Jeans?
Lingerie Guide: Your Sexiest Look for Valentine's Day
Tips for Working with Your Body Shape: Beyond Apples & Pears