Why do teens lie? 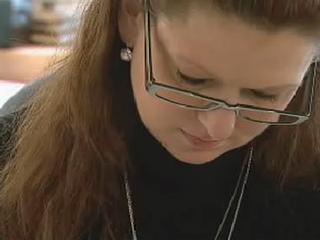 Every parent knows that lots of teens -- and younger kids, too -- lie to avoid punishment ("The dog ate my homework") or to get permission to do something they would not otherwise be allowed to do ("Of course there won't be any alcohol at the party"). We might not like it, but it's understandable. What's worth remembering is that teens are least likely to lie when rules are few but consistent, and the consequences are known in advance.

It's also worth remembering that a normal part of adolescence is the need for independence and privacy. Sometimes, teens lie simply because they want to have areas of their life that are off-limits to adults; it's a way of feeling more in control. Lying of this type is typically about social issues, such as who they are friends with and what they do with their friends. It can be exacerbated if they think adults are going to spread stories about them; if you regularly blog about your teen's foibles, it's not so surprising there are things they don't want you to know.

We all lie sometimes: We tell little lies to get away with things; we tell white lies to bolster our image and to smooth social interaction. In fact we expect our children to learn to lie in certain situations, for instance telling them to pretend they're happy if they receive a present they don't like. So we shouldn't be surprised that teens lie to keep everyone happy, just as we taught them to do.

In fact, keeping parents happy is one of the most powerful reasons teens lie. You may be angry or upset that your teen is lying, but it could be because they treasure your good opinion of them and don't want to disappoint you.

What are the child development milestones?
Why Your Tween Might Think You're a Loser
Does single parenting affect children?