What is Storm and Stress? 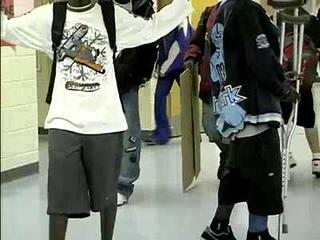 With an average of two conflicts every three days (20 per month), adolescence can certainly be a stressful time for parents and teenagers. Interestingly, the highest number of conflicts is found between mothers and teenage daughters, but it doesn't mean that your daughter hates you or doesn't want to have anything to do with you. Mood disruptions, including greater volatility and depression, are more common in teenagers than in children or adults, and are more common in the early and middle years of adolescence, similar to conflicts with parents. Risky behavior (drug and alcohol abuse, criminal behavior, dangerous driving practices, risky sexual behavior, or actions that are dangerous to the teen or to others), on the other hand, is more likely to occur in late adolescence and may persist into the early twenties.

While some degree of storm and stress may be normal, if your teenager seems severely depressed or has mood swings that are so extreme that you can't help considering the possibility of bipolar disorder, consult with a professional, as many psychiatric conditions first make their appearance during the teenage years. The good news is that 60 percent of teens report that they're happy almost every day, despite their hectic schedules and homework, and that they have a positive relationship with their parents.

Startling Number of Teens Cyberbully Themselves
How the Abilities Network Works
Should your teen get an internship?