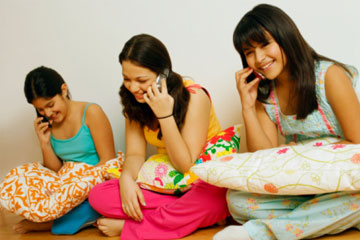 Observe the natives in their natural habitat.
Jack Hollingsworth/Thinkstock

If you think "groovy" is still a buzzword, you've got a lot of catching up to do. You might not know whether to LOL or say IDK, IDC or even OMG when you overhear your kid talking or see the crazily abbreviated text messages he's sending to friends.

But if you want to have any idea what he's actually saying, you need to get down with the lingo. Growing up in an age of texts and Tweets, tweens have a different way of communicating, which is why we're here to give you the 411 on their slang. Sure, a lot of it seems redonkulous, but so did "cool" back in the day.

Regardless of how you feel about tween slang, you're probably more concerned about deciphering it than complaining about how ridiculous it sounds. To help close the generation gap, we're going to examine some common abbreviations and acronyms to help you make sense of your kid's seemingly jumbled half-speech. We'll also bring you up to date on the current lingo so you'll know why "poppins" has nothing to do with popcorn and why your son's constant talk of birds isn't related to fowl.

On the next page, learn how modern tweens are spelling "cool." (Hint: It doesn't start with the letter c.) 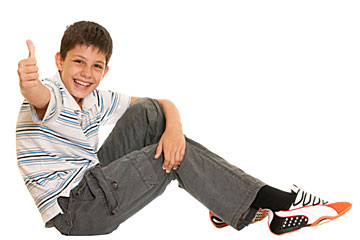 Yes, modern tweens love abbreviations, acronyms and phonetic spellings, but they still know the difference between colloquial speech and proper English. Rachel Robertson, a tweenager from south Georgia, admits that while she and her friends frequently use slang in private conversations and messages, they know there's a time and place for it. She says, "We don't care what we sound like while texting because it doesn't really matter. It's not like it's for a school paper or anything. Most of us don't talk that way to teachers, parents or authority figures -- just to our peers."

Even if your tween isn't as courteous as Rachel and speaks to you exclusively in what sounds like letters and half words, you'll probably find that the lingo really isn't all that hard to understand once you know what to look for. Tween slang often follows a pattern of abbreviated ease, most of which stems from frequently repeated words and phrases that are broken down for brevity's sake. For example, take the ever-popular Internet abbreviation "LOL." Its origins are simple: Instead of typing "laugh out loud" every time you chuckle while communicating online, it makes sense to just type LOL. That's why this word has arguably become the most common and accepted Internet abbreviation. Tweens, however, have taken LOL to a whole new level by incorporating it into their daily speech. LOL may be used as an exclamation (LOL!) or a statement (I'm LOLing right now!).

Recently, a changed spelling of LOL has been used as its own separate word: lawl. It's a pseudo-phonetic spelling of the acronym, though that doesn't mean you should expect all the words you hear your tween speak or see him type to have multiple other spellings or variations. If you're unsure about the definition of a word you read in your child's messages, and an acronym doesn't immediately come to mind, try speaking it aloud. You'll probably feel silly, but hearing the word might reveal its meaning.

Some phonetically spelled slang words include:

W00t (yes, that's spelled with zeros) was Merriam-Webster's 2007 Word of the Year. It's used by tweens, geeks and gamers as a triumphant exclamation, similar to hooray or yay.