by Michael Allen
NEXT PAGE 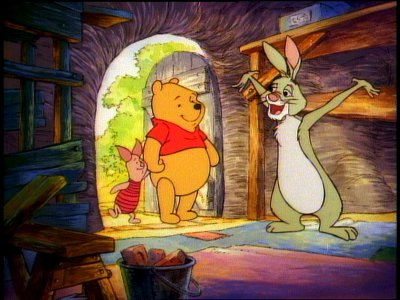 Winnie the Pooh, Piglet, and Rabbit are three of the key characters in the world created by Milne.
Copyright Disney. All Rights Reserved.

Winnie the Pooh is one of the most beloved Walt Disney characters. The treasured stories that first appeared in books more than eight decades ago continue to live on in films, videos, TV shows, specials, and even video games. Join us as we go down memory lane into the Hundred Acre Wood and recall the brightest moments of this beloved bear and his friends.

Way back during World War I, the Fort Garry Horse Canadian Cavalry was traveling from Winnipeg to Eastern Canada; from there, it was scheduled to go overseas and fight in the war in Europe. When its train stopped in White River, Ontario, a young Lieutenant named Harry Colebourn bought a little black bear cub for twenty dollars from a local hunter. Colebourn named the little bear "Winnipeg" (after the Canadian city), but called it "Winnie" for short.

Winnie became a mascot for the troops, who subsequently smuggled it into Britain. When the Fort Garry Horse Canadian Cavalry was ordered to go into battle over in France, Colebourn loaned Winnie to the London Zoo in December 1919. After the war, Winnie was supposed to go live in the Assiniboine Park Zoo in Winnipeg, but the Fort Garry Horse Canadian Cavalry allowed it to remain in the London Zoo, where it lived until 1934.

As fate would have it, Winnie was a favorite of Christopher Robin Milne, whose father was author A.A. Milne. Taken by the bear, Christopher Robin decided to call his own teddy bear "Winnie." The "Pooh" name comes later -- from a swan that A.A. and Christopher had named while on a holiday trip; the swan would go on to appear in the elder Milne's poem "When We Were Very Young."

Besides Winnie the Pooh, Christopher Robin had several other stuffed animals: Eeyore, Piglet, Tigger, Kanga, and Roo. His father, who primarily wrote plays and novels, thought that these animals would be great characters for a children's bedtime story. (Since 1987, the actual stuffed animals have lived in the Central Children's Room at the New York Public Library, where children can visit them.)

Winnie the Pooh first appeared in short stories for magazines such as "Vanity Fair." Pooh was drawn by several artists in the 1920s, but it was political cartoonist E. H. Shepard who scrawled the famous Pooh drawings for the Winnie the Pooh books. The first book, "Winnie the Pooh," was published on October 14, 1926.

In 1927, Milne wrote two books of children's poetry, "When We Were Very Young" and "Now We Are Six," which included poems about Winnie the Pooh. In 1928, a second book, "The House at Pooh Corner," was published. Over the next few decades, the character appeared on radio, advertisements, and children's storytelling records.

In 1961, Daphne Milne (A.A. Milne's widow) signed the movie rights for Winnie the Pooh over to Walt Disney. In 1966, "Winnie the Pooh and the Honey Tree" hit the silver screen. That short would be followed by more shorts, then films. and, finally, TV shows.

Now that you know how Winnie the Pooh came to be, we'll take a closer look at the beloved characters created by A.A. Milne.

More Behind the Scenes Guides 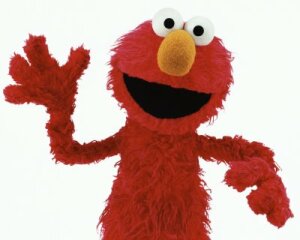 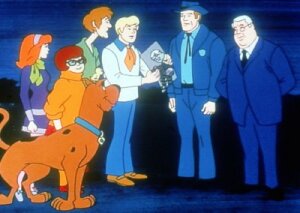