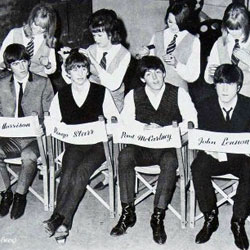 The Beatles had a huge influence on popular culture, including this hairstyle called the Mop Top.
©2007 Publications International, Ltd.

8. The Flip: This spunky, youthful style was mega-popular among hordes of modern women throughout the 1960s. Shoulder-length hair was back-combed or teased slightly at the top, then the ends were curled up in a "flip" with rollers or a curling iron. Depending on the age of the woman and her willingness to push the envelope, the flip was combined with the bouffant, which meant that it got bigger and puffier. Mary Tyler Moore sported the classic flip on The Dick Van Dyke Show, and Jackie Kennedy had her own more conservative version, too. Later, the style became so ubiquitous it was nicknamed "beauty pageant hair" or "Miss America hair," because for years nearly every contestant sported flip after perfect flip.

9. The Pixie: The pin-up figure went out of style when long, lean supermodel Twiggy came on the scene in the 1960s. Women everywhere tried to emulate her silhouette -- and her hair. It took a reported eight hours to create the style on Twiggy the first time, almost as long as it took to put on all those fake eyelashes. The pixie was cut over the ears, with slightly longer hair on the top of the head. The defining feature was the close-cropped layers that framed the face.

10. The Mop Top: The influence of The Beatles on popular culture was unlike anything the world had ever seen. Girls and boys alike mimicked the boyish charm of these Liverpool lads, especially when it came to hairstyles. Longer, over the ears, shaggy, and generally floppy on all sides, the mop top was also sported by another mega-band of the time, The Rolling Stones. 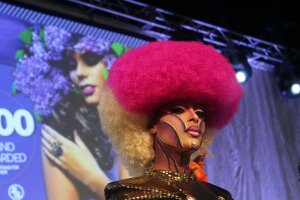 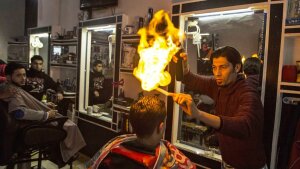