Underwear You Can Wear 'for Weeks' Without Washing

If you're one of those people who equates phrases like "environmentally friendly" and "sustainable living" with unwashed hippies and incense, a company named Organic Basics is definitely not going to change your mind. This Danish startup is out to make the fashion industry greener in part by manufacturing underwear that you can wear for days without laundering, if you can stomach the concept.

Mads Fibiger Rasmussen, a co-founder of Organic Basics, which got its start through a Kickstarter crowd-funding campaign, told a British publication the four co-founders (all in their 20s) were inspired to create these long-lasting garments as a way to combat the environmental impact of washing and drying clothes, through energy and water use, as well as greenhouse gas production. He said he's spoken to customers who have worn his company's basics for weeks between washes.

The SilverTech garments are made from 100 percent recycled materials. The silver chloride coating is integrated into the fabrics near the end of the manufacturing process – no official word on how durable that coating might be, but the silver's thermal conductivity is also reported to help regulate your body temperature, which may further fight the funk.

So, can you really wear these undies for weeks without laundering? One commenter on Kickstarter wrote: "I wore one 2-3 days and that's more than enough, because they are already smelly." Two reporters at New York magazine who test-wore a hipster panty and a boxer brief came to the same conclusion. But one Buzzfeed tester wore hers for a week without a problem. The Kickstarter site was careful to note, "The effect of silver can vary from person to person, depending on how much and how strong our body odors are."

These basics don't come cheap. SilverTech boxers cost $65 for a two-pack, while a two-pack of women's thongs or briefs is $59. Still, the company is banking on the fact that millennials love environmentally friendly products even at a premium price.

NOW THAT'S INTERESTING
Silver has countless uses as an antimicrobial agent. For many years, U.S. relied on iodine to kill bacteria in drinking water aboard the International Space Station. The Russians, however, purified with ionized silver. NASA has made moves toward changing the American side's water system to a silver-based process, too, in spite of fierce opposition from the Food and Drug Administration, which suspects that the water could harm astronauts who consume too much silvery goodness.

After the Sun Dies, It'll Become a Stellar Crystal

Roll Up Your Sleeves Honey Bees, Vaccines Are Coming 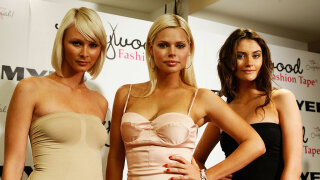 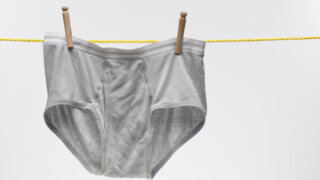 Is the military developing underwear that thinks? 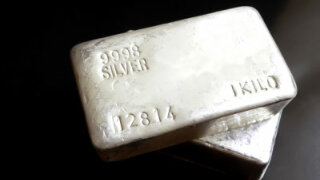 Colloidal Silver: What You Need to Know

Black Men Were Cowboys Before It Was Cool
July 1, 2020