Why did my perfume smell different when I was pregnant? 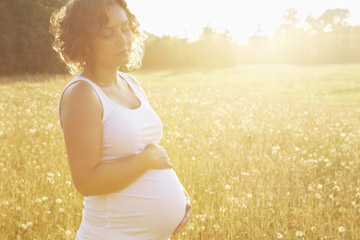 Pregnancy can be wonderful, but your rampaging sense of smell doesn't make it fun.
Lisa Stirling/Getty Images

Many women say they experience a heightened sense of smell during pregnancy, which can make perfumes and other things smell different than before pregnancy -- and often not in a good way. In fact, some studies link morning sickness in part to the powerful sniffer that kicks in early in pregnancy. But what's to blame for this super-smeller and the change in the way perfume is experienced? And is wearing perfume in any way harmful to mother- or baby-to-be? Let's take a look at some of the theories.

As with so many changes to a woman's body during pregnancy, a change in the way things smell can be attributed to hormones, specifically estrogen. Studies show that most women experience a heightened sense, rather than a lessening sense, of smell in the first trimester, often tapering off as the pregnancy progresses, and returning to normal after the baby is born.

Many women also report changes in body odor when they were pregnant. This is backed up by several studies that show a variety of reasons for more or different body odor. The primary reasons include hormones (again), weight gain and an increase in body temperature, both of which can cause an increase in sweat production, and some foods, such as onions or garlic. This change in natural body odor can cause your favorite perfume to smell differently as it combines with your different smells.

Now that you know why you may be reacting differently to perfume while pregnant (can you say hormones?), let's take it to the next level. The next page looks at pregnancy and perfume aversion.

Pregnant women may identify strongly with Merriam-Webster's definition of aversion: "a feeling of repugnance toward something with a desire to avoid or turn from it." This feeling could be used to describe so many things associated with pregnancy, including perfume and other aromas that before you were pregnant may have smelled perfectly lovely. This aversion is believed to be related to -- you guessed it -- hormones. And because hormones continue to be fairly mysterious, there's really not a lot known about why or how pregnant women develop aversions during pregnancy -- most often during the first trimester.

We do know that pregnant women often develop parosmia, a distortion of the sense of smell that alters the character of various scents. Typically, this alteration makes smells unpleasant and aversive, rather than making smells you already don't care for more pleasant. Unfortunately, these reports of increased perfume aversions are mostly anecdotal. There has been little scientific study of the relationship between perfume and the noses of pregnant women, despite the belief that odor quality in general has a lot to do with morning sickness and food aversions.

Despite the lack of conclusive science, the anecdotal evidence is consistent – and piling up. Perfume aversions during pregnancy seem to be very real. If an aversion to a scent you've previously enjoyed is something you experience, talk to the co-worker wearing the scent that suddenly makes your stomach turn. Choose a new fragrance for your husband or significant other or try musky or natural scents, which seem to cause fewer problems, to wear yourself. You might also steer clear of scented detergents, lotions and other personal care products to help keep your stomach where it belongs.

Now that you know you're not imagining your suddenly over-active nose, we'll look at the big question. Can wearing perfume while pregnant harm you or your fetus? 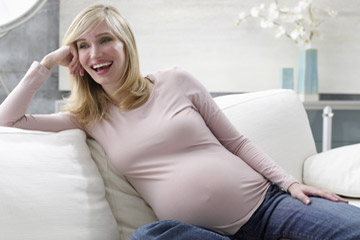 Can perfumes and other scents harm your fetus?
LWA/Getty Images

A 2010 study by the Campaign for Safe Cosmetics shows that some of the chemicals in perfumes and colognes have been demonstrated as harmful not only to pregnant women but to people in general. The study's biggest gripe, along with the potential harm chemicals can do, is that fragrance chemicals aren't disclosed on labels. The non-disclosure is legal according to the Federal Fair Packaging and Labeling Act of 1973, which requires companies to list cosmetics ingredients but explicitly exempts fragrance.

The study found several chemicals it says can be especially harmful to pregnant women or women who are trying to get pregnant, including hormone disruptors, which have been linked to cancer and health problems later in life for children born with the disruptors in their systems.

One particular concern for pregnant women are phthalates, which are plastic-softening chemicals used in a variety of personal-care products, including perfumes and fragrances. Studies have found that exposure to phthalates in the womb can cause behavior problems in children, especially boys, throughout their childhoods.

What's a pregnant woman to do to avoid potentially unhealthy chemicals in perfumes and fragrances? Read the labels. If one of the label ingredients is "fragrance," keep looking. The term is a catch-all for chemical fragrance compounds that make up a scent.

Keep your head out of the chemical cloud by using all-natural perfumes and fragrances. A list of more natural fragrances, along with the ones that have undisclosed chemicals in them, can be found in the Environmental Working Group's Skin Deep Cosmetic Safety Database.

Some natural fragrances that seem to ease nausea, rather than make it worse, include mint, lemon and ginger. Experiment with natural scents until you find the ones that blend well with your ever-shifting hormones.