How can you be sure your fragrance is animal-friendly? 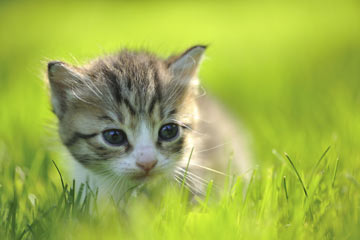 Good news for lovers of Fido and Fifi. It's easy to identify animal-friendly fragrances.
iStockphoto/Thinkstock

There aren't a whole lot of people out there who truly and completely dislike animals. You might not be a "cat person," but odds are you don't wish pain and suffering on the felines of the world, either. Although many people acknowledge a need for animal testing for medical purposes, most don't want their cosmetics involved in that process. Fortunately for Fido and Fluffy lovers everywhere, it's easy to identify animal-friendly fragrances that you won't feel guilty wearing.

Most organizations qualify a fragrance as animal-friendly if absolutely no animal testing has been done during any part of the development and manufacturing process. If you're looking to patronize only 100 percent cruelty-free companies, it's important to note that some businesses engage in animal testing on some products and not others.

Cosmetic testing is usually done on animals like rats, mice, guinea pigs and bunnies. Some of the tests for skin and eye irritation are performed by smearing the perfume on the skin and into the eyes of rabbits. Often these tests are not necessary, thanks to newer alternative testing options.

According to People for the Ethical Treatment of Animals (PETA), more than 1,100 companies have instituted a permanent ban on the animal testing of cosmetics. Although this is a step in the right direction for animal rights advocates, there are currently no laws in place that regulate the labeling of cruelty-free products. It's unlikely that a company would falsely put a "not tested on animals" label on their products, but there's really nothing preventing them from doing so. The bottom line here: Do your research before dabbing that new scent under your earlobes -- you might be surprised about where it came from.

It's fairly easy to figure out if your signature scent is animal-friendly or not. First, take to the phones, the company's Web site or e-mail if there's a particular fragrance that you adore, but are concerned about. Get in contact with the customer service department of the company in question and ask them outright about animal testing practices. If you discover that the company does test on animals you can take the opportunity to lodge a formal complaint.

People for the Ethical Treatment of Animals (PETA) has launched several resources as part of the "Caring Consumer" program, to make sure that shoppers know which products and companies are animal-friendly. Among the aids is the "Don't Test" list and a comprehensive database of women's and men's fragrances (and pretty much any other product), which you can search for companies that do not test. Examples of well-known organizations from this list are Garden Botanika, Merle Norman and Stila Cosmetics. PETA has also launched an iPhone app to help consumers easily locate cruelty-free products.

Taking it a step further, there's an entire industry of vegan fragrances which forbid the inclusion of any animal-based ingredient. Since civet (secretions from the butt of the civet, a wild cat found in Africa) and musk (oil extracted from the genitals of the male musk deer) have been banned as ingredients in fragrances, most companies have opted to replace them with synthetic, lab-created alternatives. However, other ingredients, like animal fats and oils, bee products (like honey) and animal bone char (bone ash) are often included in perfumes, so be sure to read the label if you're trying to keep your cosmetics strictly vegan.