What's the difference between cologne, eau de parfum and perfume?

The highest-concentration scent format, perfume (also called parfum, parfum extrait or perfume extract) has traditionally scented the wealthy. It's the purest of the fragrance recipes, with the highest concentration of expensive essential oils and the least amount of alcohol and water. In some cases, it may contain no water at all.

Historically, perfume is the original scent, the base from which all other varieties are diluted. Perfume concentrations range from 15 percent all the way up to 40 percent, with an industry average of about 25 percent. Unlike eau de parfum and eau de cologne, which may be applied liberally and practically anywhere, perfume is meant to be applied in tiny amounts using a dropper, and scenting only the pulse points, including the insides of wrists and elbows, the throat, behind the ears and between the breasts. At these points, the skin is warmest, allowing for the greatest fragrance release.

Of all scent varieties, perfume lasts the longest, up to seven hours. Its concentration also provides for the greatest depth of scent, with top, middle and base notes all having ample time to develop. It also offers some price justification: Perfume simply has more of the good stuff.

Thus the "Coco" parfum selling at 10 times the price of the eau de toilette. Brand name plays into the price, too, of course. It's tough to imagine concentration accounts entirely for Clive Christian's "No. 1," which runs $865 for 1.6 ounces. Though it's worth noting that if you're partial to that scent (Neiman Marcus calls it "Oriental-ambery"), it really is all or nothing: No. 1 doesn't come in eau de parfum.

For more information on perfume, fragrance chemistry and related topics, check out the links below. 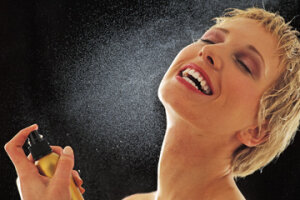 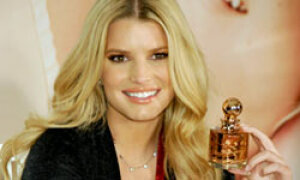