by Chris Opfer Jul 25, 2016
The waffle-soled "Moon Shoes" were made by Bill Bowerman in a waffle iron and were the first Nike shoes worn during a competition: the U.S. Olympic trials in 1972. Kirby Lee/WireImage/Getty Images

For sports fans and sneaker heads, there may not be anything more iconic in the world of athletic footwear than the Nike swoosh. The darting wing design is synonymous with sports apparel and marketing heft, so much so that the logo itself is said to be worth tens of billions of dollars.

Still, the swoosh isn't the only piece of eye-catching craftwork that helped launch Nike as a major player in the athletic business. The company's original Waffle Trainers put Nike on the map nearly five decades ago, and the shoe's unique name doesn't come just from its design — its aesthetic actually came about thanks to one common household appliance.

When Nike launched its own line of footwear in 1974, it started with the waffle trainers. The running shoes were a version of the kicks that company co-founder Bill Bowerman had been tinkering with for decades, and were also considered an improvement on the Tiger Cortez model that he crafted for Japanese shoemaker Onitsuka five years earlier. Unlike those models, however, the Nike Cortez version also featured a unique raised-waffle design on the bottom of the shoe. That gave runners traction on a variety of surfaces without having to resort to metal spikes.

According to company legend, Bowerman came up with the design over breakfast one day at his home in Eugene, Oregon. He used the family's waffle iron – this time turning to melted urethane instead of batter – to churn out lightweight rubber waffles that were later attached to the running shoes. Those early versions of the trainer were originally dubbed the “moon shoe,” thanks to the imprint they made on dirt and other surfaces. They eventually helped make Nike a household name in the running game. Four decades later, you can still find adaptations of the original waffle trainer on shoe store racks around the globe — while the original waffle iron was unearthed from a trash pit in 2010 and now sits in the Nike headquarters.

Now That's Interesting
Nike's founders named the company for the Greek goddess of victory. The swoosh symbol was designed to evoke her wings. 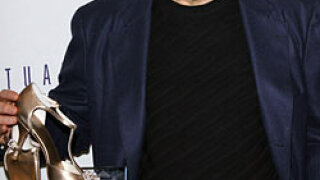 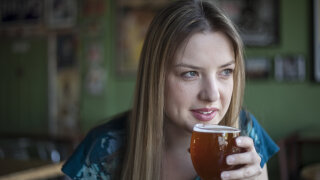