by Dave Roos
NEXT PAGE
Free-range parenting is a philosophy that says kids should be allowed to explore without parents always hovering over them. Peathegee Inc/Getty Images

Take a moment and think about your favorite childhood memories. What are the stories that you and your siblings and friends retell over and over again? What were the experiences that defined your childhood and made you into who you are today?

Maybe it was the time you and your friends improvised a parachute and jumped off a 40-foot cliff into the river. Or the time you and your sister rode your bikes to your cousin's house — 17 miles away. Or simply those long summer days in the park, where neighborhood kids of all ages would gather every afternoon to run around like wild dogs, make up weird new games (and fight over the rules), and wander home every evening at sundown, exhausted and exhilarated.

Now, in how many of those cherished childhood memories is there a parent standing next to you, or an adult of any kind supervising or guiding your activities? Not a one.

Unfortunately, the freedom that most of us enjoyed as kids — freedom to explore, improvise, scuffle and scrape our knees — no longer exists. For myriad reasons, today's parents are too worried to let children have the kinds of experiences that most of us took for granted. Parents are afraid of child predators at the park, of bullies not playing fair, or of sacrificing their child's future by letting them "waste" an afternoon playing in the backyard instead of taking cello lessons or taekwondo or conversational Mandarin.

The free-range parenting movement is a direct response to that fear. It tells parents that one of the best things they can do for their child is to get out of the way every once in a while. Free-range parenting argues that children grow up happier, healthier and more resilient when they are given the freedom to play, create, fight, compromise, fail and figure things out for themselves.

The seeds of the free-range parenting movement were planted in 2008, when journalist Lenore Skenazy wrote a column for the New York Sun titled "Why I Let My 9-Year-Old Ride the Subway Alone," in which she cheerfully describes ditching her son in a Manhattan department store. OK, she didn't exactly "ditch" him. Her son had been begging for the chance to ride the subway and bus back home alone, so Skenazy gave him a subway map, $20, a prepaid subway card and change for a phone call. Then she ditched him.

The kid made it home just fine. Better than fine, even. He was "ecstatic with independence," wrote Skenazy. Yet the column was controversial, sparking a national conversation about parental obligations, child safety and where parents and the law should draw the line between childhood freedom and neglect.

Skenazy parlayed the media spotlight into a personal cause. She launched a blog called Free-Range Kids and published a book by the same name subtitled, "How to Raise Safe, Self-Reliant Children (Without Going Nuts with Worry)." More parents joined the movement, letting their kids walk to school or local park alone, make meals on their own, or explore the woods with friends unsupervised.

But there have also been some high-profile setbacks. Officers with Child Protective Services in Maryland held a pair of siblings (10 and 6 years old) for more than five hours after neighbors reported that the kids were walking around unsupervised. The parents, free-range advocates who let their children walk to nearby parks and the library, were initially charged with neglect, but the charges were eventually dropped [source: St. George].

Is free-range parenting really a safe and smart way to raise kids in the 21st century, or is it an extreme response to the rise of "helicopter" parents. Are we ready to let our children run free in the streets or have we lost too much trust in our communities? And even if we want to give our kids more independence, will the law allow it?

Let's start with a closer look at what free-range parenting means and the types of societal trends to which it is reacting. 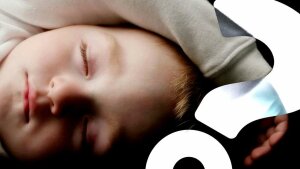 Could Too Much Screen Time Mean Obesity or Cancer?