City vs. Suburbs: Which is a Better Place to Raise a Family? 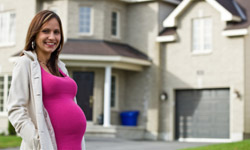 Picture where you'd like your children to grow up.
Jupiterimages/© Getty Images/Photos.com/Thinkstock

I grew up in a small city, in a neighborhood that had all of the social opportunities of the suburbs with the diversity of an urban environment. In retrospect, it was the best of both worlds. I lived in a fairly safe community that offered the freedom to roam. I had lots of kids to play with. But I was also exposed to different kinds of people, learning acceptance and equality. Ultimately, I became a city girl but I’ve certainly lived through circumstances that have tempted me to pack it all up and head for the ‘burbs. So which is a better place to raise a family? Here are some insights into the age-old debate. 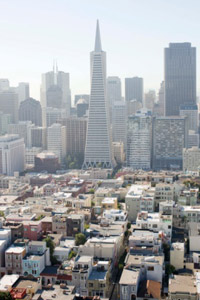 There are lots of opportunities awaiting you and your family in the big city.
Jupiterimages/© Getty Images/Creatas/Thinkstock

Picture a two-story colonial with a house payment affordable enough that you can probably pay a neighborhood teenager to mow the expansive lawn. You see women with strollers taking their morning walks, kids riding bikes in the streets, and cars rolling into garages right around six o'clock, just as dinner is being set on the table. This is the vision of a suburban existence. The suburbs were once considered the ideal place to move your family and raise your 2.3 kids. But as the suburbs became more populated, the developers came rolling in. Woods and greenery were removed to make way for strip malls with chain stores and lots more housing developments. And more people, much like the ones that already lived there, showed up with their families and their moving trucks. The suburbs started sprawling outward, and their residents started commuting longer hours to their jobs in the city. This is the reality of a lot of the suburbs of today.

So what's the pull? Well for one, suburbs are statistically proven to be safer places to live than cities. It's one thing if you only have yourself to think about, but once you have kids, their safety is paramount to your peaceful existence. With the knowledge that you can trade up for a house that's quadruple the size of a city condo, it's more than a little tempting to think about. And let's face it, public schools in the 'burbs tend to be better than schools in the city. It's a simple equation -- public schools are funded by taxpayers, and the suburbs often have wealthier districts.

Picture a spacious loft with brick interior walls and a gorgeous city view. Its occupants step off the subway, and walk down the block holding a bag of delicious takeout food from the Indian restaurant around the corner. Dinner's on at eight o'clock, right after cocktail hour. This is the vision of the free-wheeling city couple, and there's no argument that the city holds a lot of excitement and opportunity. That is, until baby makes three. Then the fabulous freedom of the lusty city life is replaced with wrestling baby strollers through turnstiles and saving up for private school.

But what if you're a happy city-dweller considering a move to the homogenous 'burbs? You really like your ethnically diverse neighborhood and your weekly trip to the museum of modern art isn't something you're about to give up. Then stay in the city! Your kids may not be able to hop on their bikes and ride off whenever they want to, but a regular trip to the local park offers plenty of green space and outdoor time, and most cities have great big, fabulous parks. Some might even argue that the city's need for increased supervision strengthens parent/child bonds. So ultimately, it's a quality of life issue, and it's really up to you to determine the experiences you want your children to have.

Socioeconomic factors are the most accurate predictor of a young person's lifespan. Education and financial status tend to translate into greater longevity.

Who should be on an emergency contact list and why?
Your teen is wearing inappropriate clothes, how do you talk about this?
Who should pay for your teen's car insurance?