Adult adoptions are more common than you think. In all 50 states, it's legal for two or more consenting adults to form a new parent-child relationship through adoption. In two-thirds of states, you don't even have to be older than the son or daughter you are adopting (Arizona has the most restrictive law, only allowing adult adoptions for adoptees who are between 18 and 21).

The U.S. doesn't keep tabs on how many adult adoptions occur, but in 2013 the president and CEO of the National Council for Adoption told the Houston Press, that "dozens occur annually." That's a drop in the bucket compared to the 135,000 children adopted in the U.S. each year, but the number seems to be rising.

The most common reason for adult adoption is when a stepparent wants to legally adopt a stepchild who is over 18. Randall Hicks, an adoption attorney in Southern California, says that with child adoptions, a stepparent has to get permission from the child's biological parent. That's not the case with adult adoptions.

"If the biological father refuses to sign a consent and the adopting parent doesn't want to go to court to fight about it, he can just wait until the adoptee becomes 18 when they no longer need the absent parent's consent," says Hicks.

The process for an adult adoption is much faster and cheaper than child or newborn adoptions. There's no need for home inspections or interviews by state child welfare agencies, because the adoptee is an adult who is responsible for his or her own care. All that's required in most states is a petition for adoption signed by both parties along with a stated reason for the adoption.

Adults adopt other adults for many reasons, says Hicks, but the second most common after adult-stepparent adoptions are situations where people with no real relationship to their biological parents form a special bond with an individual or couple that's nothing less than a parent-child relationship.

One of Hicks' recent clients was a 57-year-old woman adopted by her 80-something neighbor who had become like a father to her over three decades of friendship. Parker Herring, a family law attorney in North Carolina, tells the story of a client, also in her eighties, who adopted her 60-year-old caregiver, calling her "the daughter I never had."

In both of these cases, the motivation to perform an adult adoption was primarily an emotional one. These individuals wanted to make official something that they already knew in their hearts was true. But there were also legal and financial benefits to adopting, namely that adopted children automatically inherit a deceased parent's estate with or without a will.

In the case of the elderly woman adopting her caregiver, "She wanted to make it very clear that in case anybody contested her will, this person was a legal child, and adoption gives you that assurance," says Herring. "When you're adopted, you step in as if you were born to that person."

In North Carolina, the adoptee is required to notify his or her biological parents and siblings that a petition for adoption has been filed with the court. Same for any existing children of the adoptive parents. If any of those parties objected to the adoption, they could technically show up at the courthouse and make their case, but Herring has never seen it once in her 30-plus years of practice.

Hicks says that in family law courtrooms, adult adoptions are joyous occasions, especially for judges who spend the rest of their day presiding over ugly custody battles.

"Almost every court will waive the rule about no cameras, and the judge will even pose for pictures," says Hicks. "Some adult-stepparent adoptions have been 15 or 20 years in the making, so quite a few happy tears are shed in these proceedings."

Adult adoptions can get messy, though. Celebrity heiress Doris Duke famously adopted her 35-year-old friend, Chandi Gail Heffner, when the former "Richest Little Girl in the World" was 75. Duke and Heffner had a falling out in 1991 and Duke died two years later, not including Heffner in her will. But Heffner successfully sued for $65 million of Duke's fortune as her legal child.

And then there are situations where adult adoptions have been used "creatively" outside of the standard parent-child relationship. Before same-sex marriage was legalized nationally in 2015, it was explicitly banned in many states. Gay couples in those states were not considered spouses or family of any kind, which created issues around the inheritance of trusts and other death benefits.

To get around those laws, some same-sex couples chose adoption, becoming "father and son," or "mother and daughter" instead of life partners. (Some states forbid adult adoption if the couple is in a sexual relationship, citing incest laws.) Now that inheritance rights are extended to same-sex couples, that's not an issue.

Now, believe it or not, the cost of college can make people get creative with adult adoptions. The price difference between in-state and out-of-state tuition at some state universities is $15,000 a year or more. Hicks says that some families are actually having their college-age children be adopted by friends and family who live in the same state as the desired university.

In those cases, the biological parents would presumably adopt the child back after four years. Unless, perhaps, the kid graduates with a lot of student loan debt.

Now That's Wild
In Japan, 98 percent of all adoptions are adult adoptions. That's because Japanese business owners often legally adopt employees who will take over the firm. The chairman of Suzuki Motor Corporation, for example, is the fourth adopted son in a row to run the multinational carmaker.

Psychedelics Are Good for Neuroplasticity in Rats. What About Humans? 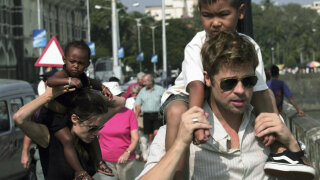 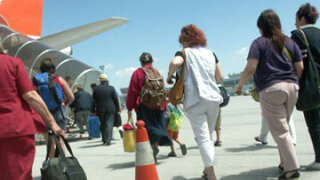 How do you reverse a child adoption? 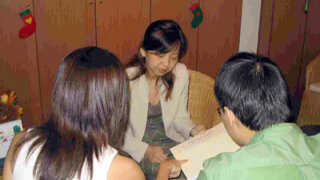 What are some of the pros and cons of international adoption?