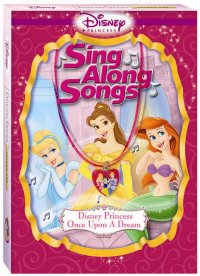 Disney Princess is a year-round brand with products such as this DVD.
© Disney. All rights reserved.

Disney banks on the fact that little girls never forget their first encounter with a Disney Princess. Even long after they're all grown up, they continue to pass along their love for these heroines, introducing them to their own younger siblings and daughters.

That's the secret behind the magical success of Disney Princess, the favorite brand of girls three to five. Moms embrace it because, in a time when little girls are maturing at a much faster pace, Disney Princess lets little girls remain children for a little longer time. Disney aims to empower girls with the wholesome stories about virtues of integrity, honor, discovery, friendship, and love.

"Little girls are initially drawn to the rich, compelling stories and expect their products to have more than a picture of just any young woman wearing a tiara and gown," said Mary Beech, vice president and general manager of Animation Consumer Products Marketing. "With the reintroduction of the Cinderella and Little Mermaid stories over recent years, everyone is reminded why Disney Princess rises above the others that attempt to imitate."

For a little girl, the desire to feel special is more powerful than a magic wand. She dreams of a place where clothes are spun of silk and gold, where balls are held in her honor, and where princes fall in love at first sight. It is a world Disney has created -- full of fantasy and romance -- where a girl can feel as special as a princess.

Disney Consumer Products is the business division of The Walt Disney Company that develops products based on Disney film, TV, and music properties. The division's origins trace back to 1929 when Walt Disney personally licensed the image of Mickey Mouse for use on a children's writing tablet. In 1932, Kay Kamen took charge of what then became Disney Licensing, setting the industry standard. Today, it's the Disney Princess line that produces the brand designed to touch every aspect of girls' lives.

The Broad Reach of the Disney Princess

Some of the highlights on how well the brand works in different areas:

Each young girl has her favorite princess. In the next section, we'll talk about Snow White.