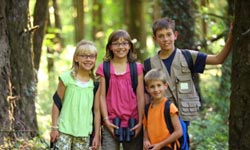 How do you keep your kids safe in the woods?
iStockphoto/Thinkstock

In August 2011, a 12-year-old Boy Scout named Jared Ropelato put the Scout motto "Be prepared" to a true test. After wandering away during a fishing activity, he ended up miles away from his group, and was forced to spend 20 hours in the woods alone, as temperatures dropped into the 40s overnight.

How did young Jared survive? He was prepared. Having attended Scout camp the prior summer, he remembered how to build a lean-to, a hole big enough to get inside that he covered with dirt and leaves to protect himself from animals and the elements.

While losing a child on a camping trip is a parent's nightmare, this story show how preparation can help increase the chances of a happy ending. For some, preparedness means having the gear; for others, it means having the know-how. The truth is, it's both. You can have the best supplies money can buy, but you need to know how to use them. Likewise, you can be an Eagle Scout five times over, but there's nothing like having a water-proof tent in a deluge. And when you're camping with the family, it's not about proving you have the skills of MacGyver; it's about having fun, staying safe and creating some happy family memories.

So, before you plan your next trip to Yosemite or your local lakefront campground, remember our tips on emergency preparedness. We'll start with something a body can't do without.

Don't just pack enough water for the amount of time you'll be gone; throw in several extras. It's not fun or lightweight bringing bottles and bottles of water with you, but it's critical.

Why? In an emergency, people typically worry about having enough food, but lack of water is more dangerous. You can go several days without food, but not without water. Your body is 50 to 70 percent water and needs consistent fluids to prevent dehydration. Without water, you start to lose energy and your ability to think calmly --and you need both in a camping emergency.

If you're going camping in a mountainous or lakeside terrain, you may think bringing water is not a big deal; after all, there are running streams, babbling brooks and beautiful waterfalls around. Wrong! Presume that nature's waterways are polluted from animals. One contaminant, giardia lamblia, is a parasite that causes nausea, diarrhea and serious stomach problems. If you think lugging water for a family of four is problematic, try dealing with diarrhea out in the woods.

One option is to carry pouch waters which are easier to transport than bottled. Or, bring iodine tablets that dissolve in water, purifying it. Boiling water is another idea, but this takes time as well as the proper gear. When kids are involved, you may not have those options.

In 1798, poet Samuel Coleridge wrote, "Water, water everywhere, nor any drop to drink." The 21st century translation? Bring your own!

4: Have a Communication Plan 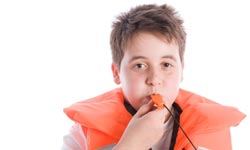 Arm each family member with a whistle and teach emergency codes before the trip.
iStockphoto/Thinkstock

You hope the kids won't be out of your sight in the wilderness, but you should still have plan for handling communication, no matter their ages. After all, Jared Ropelato wasn't a toddler, but a 12-year-old. Here are some things to keep in mind:

3: Know the Lay of the Land

You wouldn't go to Disney World without knowing the weather, the peak season and how to use a FastPass. Likewise, don't embark on a family camping trip without doing some solid research; unlike riding Space Mountain, being unprepared in the wilderness could be a life-or-death situation.

Familiarize yourself with the area before you go as each terrain has its own challenges. Pitching your tent on a sandy campground is different from pitching it on hard earth; a rocky site may mean lots of hiking prior to arrival. Whatever the case, prior knowledge is key.

Get to know the campsite on arrival. Check for hazards like riverbanks, cliffs or rotted branches. Know who and what is around you, and don't assume everyone in the Great Outdoors is friendly. Keep doors locked or zipped at night and when you're gone.

Research the weather before your trip; call the ranger stations where you'll be staying to check on potential dangers such as flood or hurricane paths. Transitional seasons (spring and fall) can bring swings in weather, and mountainous regions can experience extreme highs and lows.

Teach your family to notice landmarks. As in the movies, everything can look alike when you're lost in the woods. Seek out identifiers at your campsite and on hiking trails.

Know the locations of ranger stations, refuge areas and local hospitals. Hopefully, you won't need to visit, but if you do, time may be of the essence.

Unlike those old-time movies set in the tropics, there won't be any porters to help get your bags to your campsite, so it's important not to overpack. However, there are certain camping essentials, especially when traveling with your family. These include

So what should be in your first aid kit? Different sizes and types of bandages, a cold pack, sterile gauze pads, thermometer, adhesives and scissors -- just to name a few. Some meds are handy too, such as pain and fever reducer, hydrocortisone cream and an antibiotic like Neosporin. Benadryl or another type of antihistamine is also useful.

1: Know What to Do When Animals Attack

This isn't a new reality show; it's the last, but not least of all emergency preparedness tips. You hope you or your family will NOT have an animal encounter, but you should be prepared just in case.

Prevention is paramount, so avoid animal interaction at all costs. Teach children never to feed or approach an animal, no matter how small or cute. And don't leave kids unattended.

Store all food in animal resistant containers or in your car. There are even special bags to hang your food aboveground, and in some camping areas, bear-proof bins are for rent.

But if you do chance on a bear, here's what you do:

For more emergency tips, go to the next page.

Different bears act differently in an encounter. Black bears tend to be more apprehensive, so fighting back with a stick or other object may scare them off. Grizzlies don't frighten as easily, so playing dead can reduce the injuries sustained. Grizzlies tend to attack defensively, so lack of engagement tells the grizzly you're not a danger anymore. But don't go to the ground until it's your last option. Staying on your feet might allow you to dodge an attack. 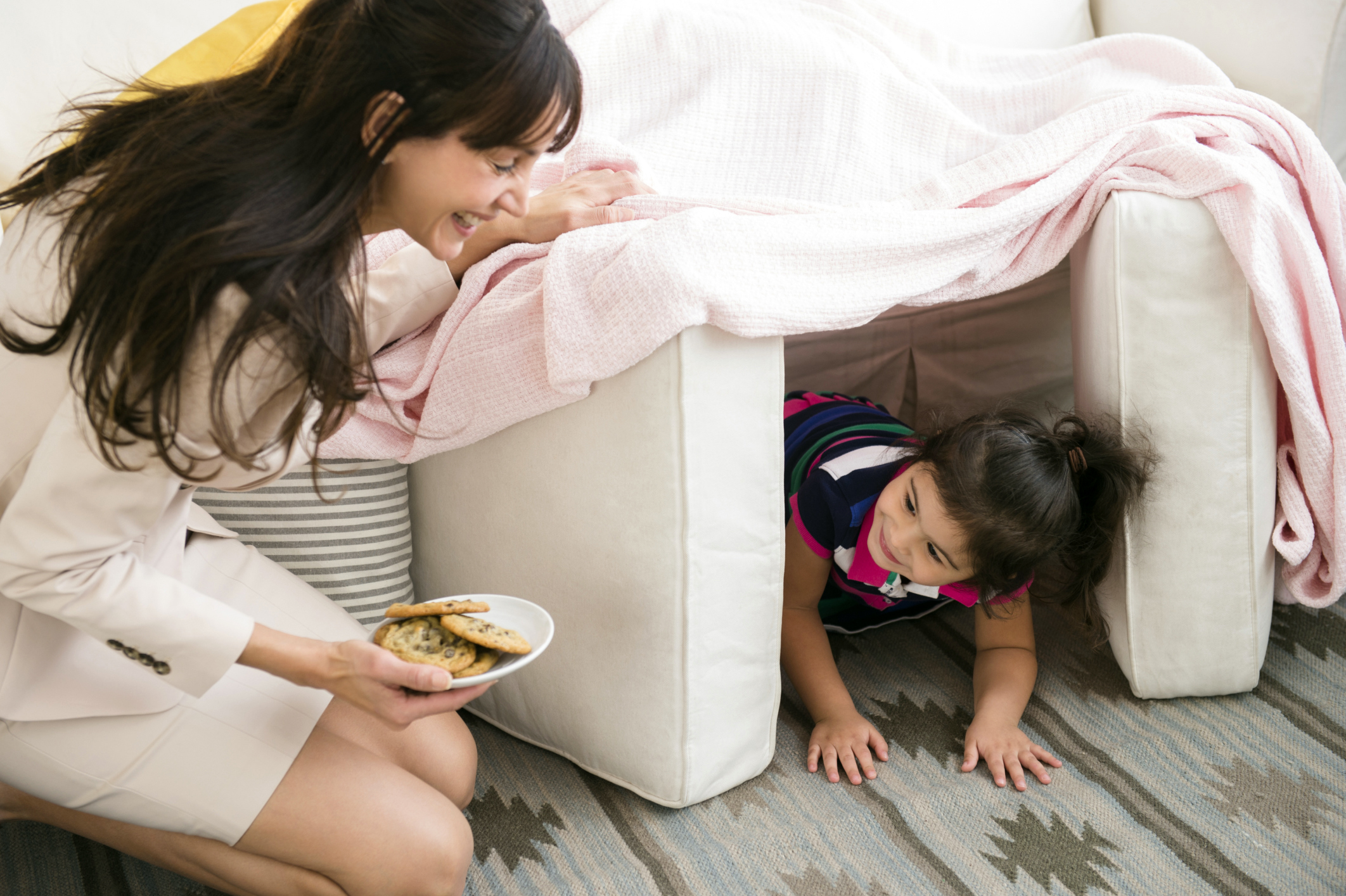