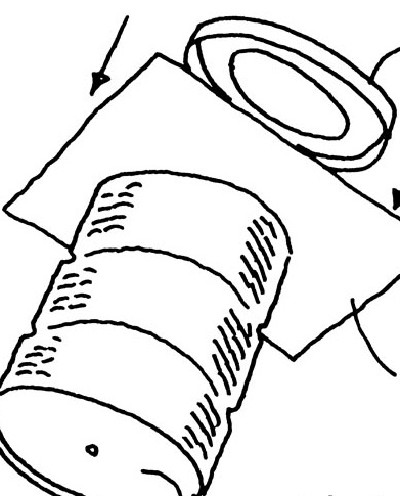 Learn how the eye sees pictures with this pinhole "camera."
©2007 Publications International, Ltd.

This pinhole camera is just for fun -- it doesn't really take pictures -- but when you use it, you'll get an idea of how the human eye works. The retina of the eye is often compared to the film in a camera because the retina "takes pictures" of the things you see and sends those images to your brain.

Although you are unaware of the process, the retina actually sees images in reverse. This camera allows you to see a reverse image inside the camera in the same way that the retina views images.

How to Make a Pinhole Camera:

Step 1: Hammer the nail through the middle of the coffee can's bottom. Remove the nail.

Step 2: Cut the center out of the plastic coffee-can lid.

Step 3: Cut a piece of waxed paper, approximately 8x8 inches, and place it over the open end of the can. Secure the waxed paper in place by putting the lid back on top of the can.

Step 4: Drape the towel over your head and the coffee can, making sure the towel covers the end of the can that has the nail hole.

Step 5: Now look through the waxed-paper end of the "camera" at an object. The object will appear upside down.