As we all know, elephants probably don't brush their teeth. But if they did, they probably wouldn't use elephant toothpaste. It's really fun to make, though.

Imagine shaving cream shooting out of a volcano you made for the science fair. That's the satisfaction that comes with the foaming chemical reaction produced when you mix dish soap, hydrogen peroxide and dry yeast ― and the good news is, you can make it in your home. You know, if nobody minds you making a gigantic mess.

The elephant toothpaste reaction is just the speeding-up of a chemical reaction that usually happens very slowly. Hydrogen peroxide ― that antiseptic liquid that usually comes in a brown bottle and bubbles up when you put it on a cut ― is a chemical compound that's made of two hydrogen and two oxygen molecules bonded together. The chemical formula for hydrogen peroxide is H2O2, which might sound a bit familiar because it's very close to the most famous chemical compound of all time ― H2O, or plain old water. In fact, hydrogen peroxide, if left to its own devices, will sit around quietly decomposing into water and an extra oxygen atom ― especially when exposed to sunlight, which is why it comes in a dark brown bottle. But elephant toothpaste provides a way to see this chemical decomposition happen very quickly and dramatically.

The way to speed it up is to murder some yeast. These tiny organisms, like nearly all living things, contain an enzyme called catalase that acts as a catalyst for the reaction. Once the hydrogen peroxide comes in contact with the yeast, it starts splitting into water and oxygen gas at an alarming rate. The thing is, this reaction doesn't look like much unless you add the third ingredient: dish soap.

Because the oxygen gas released by decomposing H2O2 just forms delicate bubbles that pop when they get to the surface, the spectacle of elephant toothpaste requires a little something extra to give the bubbles surface tension. Adding liquid soap preserves the bubbles and turns them into a rapidly proliferating foam.

So, are you ready to make some elephant toothpaste? Great! You'll need:

Follow the activation directions on the packet of yeast, adding warm water and waiting until it begins to fizz. Pour the hydrogen peroxide into the bottle first, adding a couple drops of food coloring if you wish, and a generous squirt of dish soap. Pour the yeast mixture in last, and watch it blast off!

Please don't cap the bottle, and please don't try to use this toothpaste on your own teeth!

The Stratosphere: Where Birds and Planes Fly and Bacteria Thrives

How Are Airplane Cabins Pressurized? 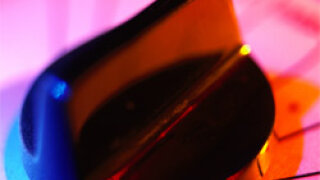 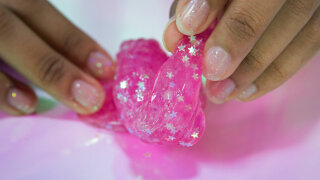 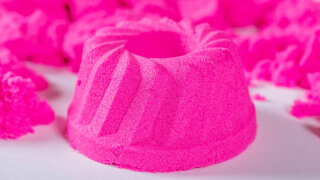