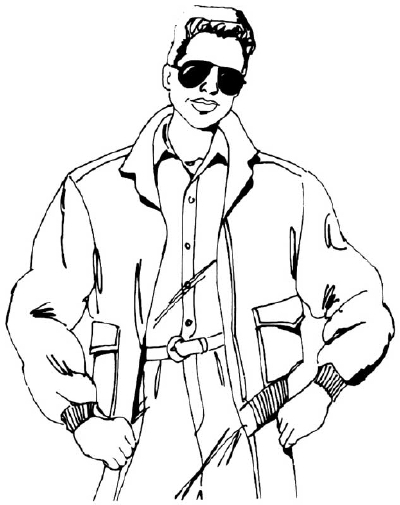 Learn how to draw a man in a bomber jacket with clear step-by-step instructions.
Publications International, Ltd.

In this section, we'll show you how to draw the man in a bomber jacket above. Either draw the picture freehand while looking at your computer monitor or print out this page to get a closer look at each step. 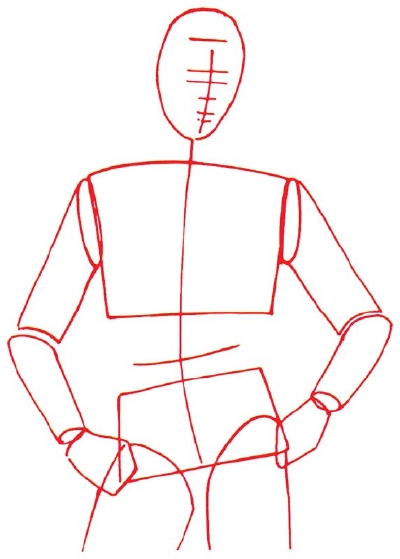 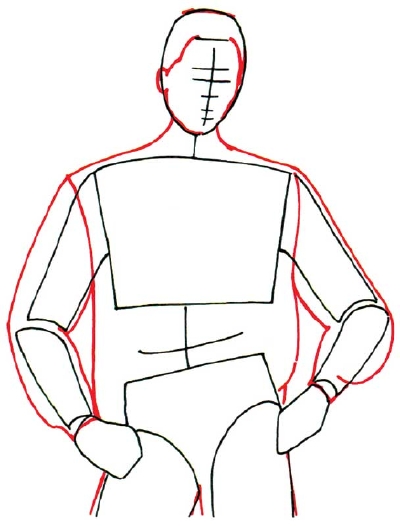 Use two slightly curved lines for the sides of the jacket. Sketch straight lines to shape the slacks. 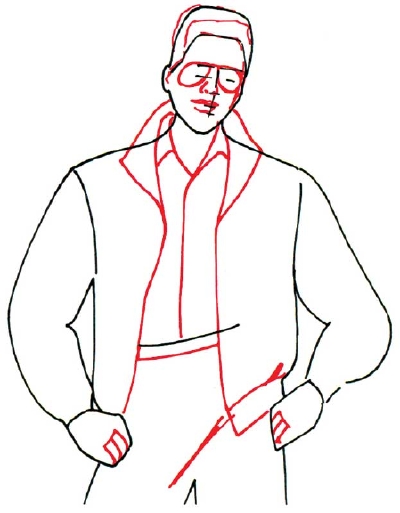 Add another straight horizontal line below the waist to form the belt. Use E-shapes to draw the fingers. Add a few straight lines in the jacket and slacks to show wrinkles. 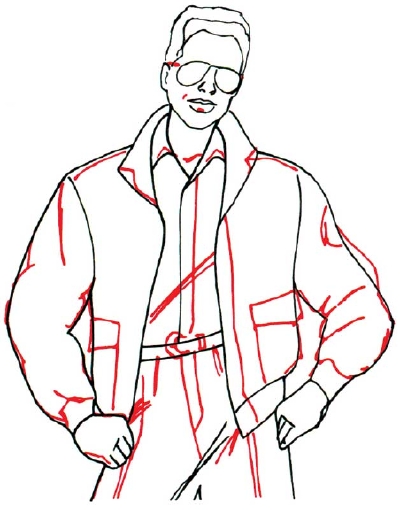 ­ Draw in a short straight line from the glasses to the left ear. Use triangles to shape the jacket and shirt collars. Add short lines beneath the shoulders and on the right side of the jacket opening for seams.

Sketch many straight and curved lines to the sleeves, slacks, and shirt to establish wrinkles. Use rectangles to draw pockets for the jacket and slacks. Draw a small oval and a small rectangle on the belt to shape the buckle. Use three straight lines to show the zipper area.

­ Add hair with curly lines. Shade in the lenses of the sunglasses. Draw in round buttons on the shirt. Show shading in the jacket with thick black lines as shown. Add many squiggles to the jacket to show wrinkles. Outline the pockets on the jacket to give them finishing touches. Add ribbing to the bottom of the jacket and the sleeves with short straight lines.

You did it! The man in the bomber jacket is the very picture of casual cool. But if you're looking for something a little less laid back, see the next section to learn how to draw a rock star.