How to Draw a Rock Star in 5 Steps 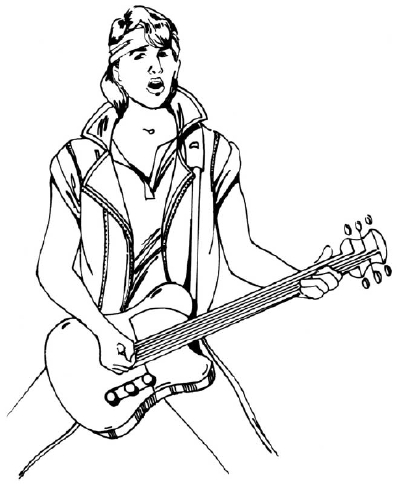 Learn how to draw a rock star with step-by-step instructions and illustrations.
Publications International, Ltd.

Whether it's heavy metal, punk, or pop, there's nothing quite like a rock star. Once you learn how to draw this rock star, you can almost hear the music.

In this section, we'll show you how to draw the rock star above. Either draw the picture freehand while looking at your computer monitor or print out this page to get a closer look at each step. 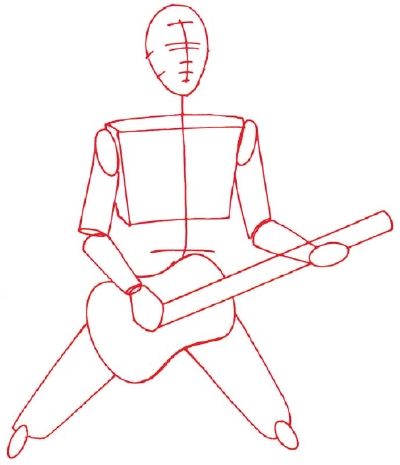 Draw a straight line under the head to show the shape of the neck and backbone. Use a rectangle for the chest area. Form the arms and legs with curved tube shapes. Use ovals to shape the shoulders, right hand, and kneecaps. Draw the left hand with an odd-shaped rectangle.

Sketch the shape of an electric guitar. Put the neck of the guitar next to the hands. Add a curved line for the waist just above the top of the guitar. 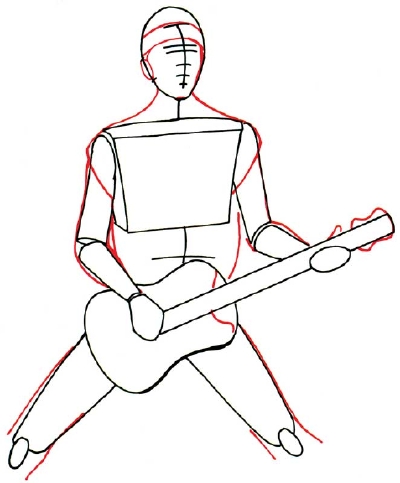 Draw ovals for the ears. Sketch two curved lines on the head to form a headband. Form the shape of the face, neck, and shoulders with curved lines.

Add lines across the upper arms for the sleeves. Block the arms and legs with long straight and curved lines. Add lines to the sides of the chest. Sketch in guitar details as shown.

3: Draw the Face and Collar 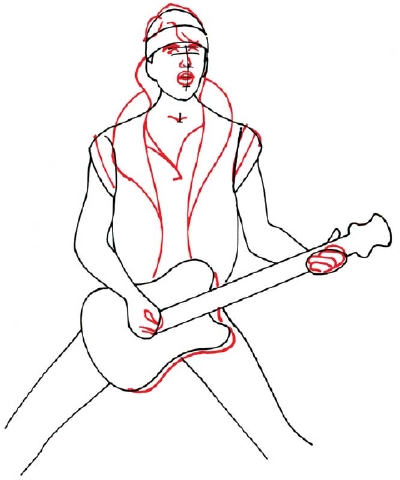 Form the collar of the vest and the neckline of the shirt with curved lines. Add straight lines on the sleeves. Draw a squiggle on the neck. Detail the guitar to add depth. Shape the fingers with odd-shaped ovals. 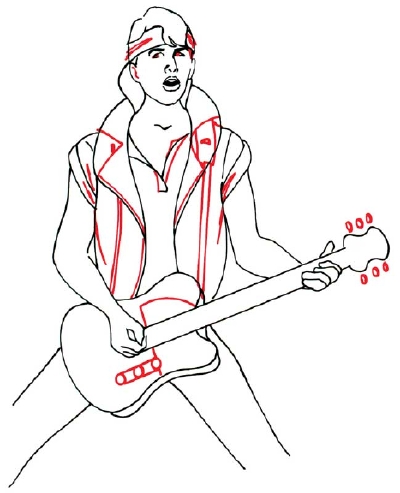 Add details to the headband. Finish the eyes with darkened ovals. Add a curly line in the left ear. Shape indentations in the collar and edges of the vest. Draw the shoulder strap using straight lines. Add wrinkles to the shirt.

Draw three ovals on each side of the head of the guitar. Continue detailing the guitar as shown.

Shade the hair with short squiggles. Outline the collar with V-shaped figures and add wrinkles to the top of the shirt. Add tiny lines to the edges of the vest collar and sleeves to make ­them look like zipper teeth.

­Finish detailing the guitar. Shade the edges of the vest and guitar as shown.