Saponification: The Science Behind Soap-Making

by Alia Hoyt
Next
A woman pours the soap mixture into molds to harden into bar soap. RUSS ROHDE/Getty Images

Great-grandma Betty didn't have a drugstore on every corner, so she typically used simple ingredients to make her own soap from scratch. Old-fashioned recipes typically involve using lard or pork fat. Today, even though you can easily buy commercial soap, many people like to buy handmade soap as it smells better and may be gentler on the skin. You might even want to try making soap yourself. Modern recipes have evolved to include supplies most of us have lying around the house. Still, the process hasn't changed all that much from centuries past and is pretty fun. First, let's find out how the ingredients in a typical bar of soap come together to create the product. For centuries, the process was actually not understood.

Saponification: The Chemistry of Soap-Making

Soap is made by mixing fats and oils with an alkaline solution (i.e. a base mixed with water). Fats may include ingredients like lard or shortening. Oils could be cooking oils like olive, peanut, corn or coconut. The base could be something like lye (sodium hydroxide) which is readily available at hardware stores. Since water and oil don't mix naturally, the ingredients must be heated and stirred to come together.

When the fats come into contact with the lye, a chemical reaction called saponification takes place. This occurs when the triglycerides (fat) and lye are combined and react to form fatty acid metal salts (the soap) and a soap byproduct (glycerol). The base solution forces the soap to coagulate without dissolving in the water. Once this happens, the concoction can cool and then harden to form soap. The soap's appearance and performance (lather, aroma, moisturizing capabilities and so on) are affected by how well the unsaturated and saturated fatty acids are distributed.

Soap cleans by acting as an agent between water and dirt. It soaks into the surface being cleaned, allowing water to wash away the dirt. Lye soap is popular for two major reasons: It's simple and it works. The soap will be creamy, oily and gentle on your skin. And the best part is you can make it right at home.

Just follow these instructions, adapted from a recipe in "The Soap Book." Be sure to wear safety gear, such as goggles and gloves.

Weigh all ingredients using a scale. Be sure to zero out the scale. To do so, put the container(s) you're going to pour the ingredients in on the scale while empty. Then press "tare." Then add ingredients. 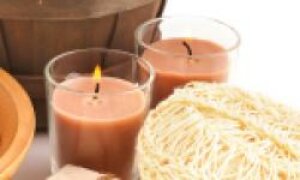 How to Make Gel Candles 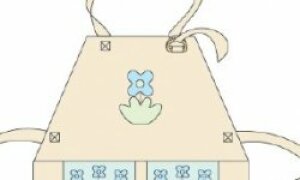 How to Make an Apron 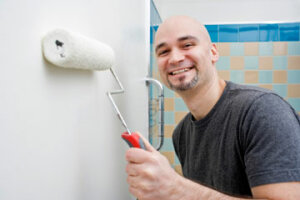 Gift Guide for the Bathroom Remodeler