Browse the article How Shapewear Works 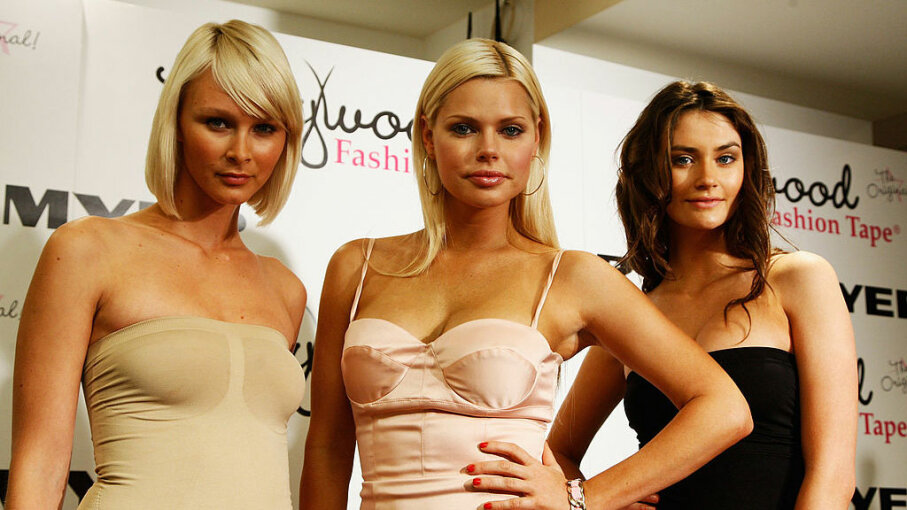 One of the classic tenets of modern architecture was put forth by American architect Louis Sullivan: "Form ever follows function" [source: Rawsthorn]. What Sullivan was getting at was that the style of architecture and design of any object should reflect its purpose. Sometimes form and function are wed together beautifully; other times, you end up with a very functional item that is not at all attractive. At the opposite extreme, you have a gorgeous object whose highly designed form gets in the way of its function.

There is no place where this last example is more obvious than in women's fashion. Think of 4-inch stiletto heels. Or giant hoop skirts of long ago. These fashions and others are not terribly functional, but make women look attractive – at least according to the standards of their time.

For hundreds of years, women have gone to extreme lengths to look "perfect", and for many that doesn't start with their outerwear like dresses and skirts, but with what's underneath them. To conform their bodies into more desirable shapes, women have turned to special undergarments designed to flatter their figures. These are called shapewear.

Shapewear – corsets, girdles and the more recent bodysuits – can work miracles. These undergarments can completely change the appearance of a woman's shape by tucking fat away, leading to a shapelier silhouette.

Sadly, fat is not all that shapewear has been known to move. Corsets of the Victorian era were so constrictive they moved wearers' internal organs to the point that their health suffered. Achieving the "perfect" form hurt the overall function of their bodies. Nowadays the situation is not so extreme, but the shapewear industry is still booming as women continue create the ideal body type. 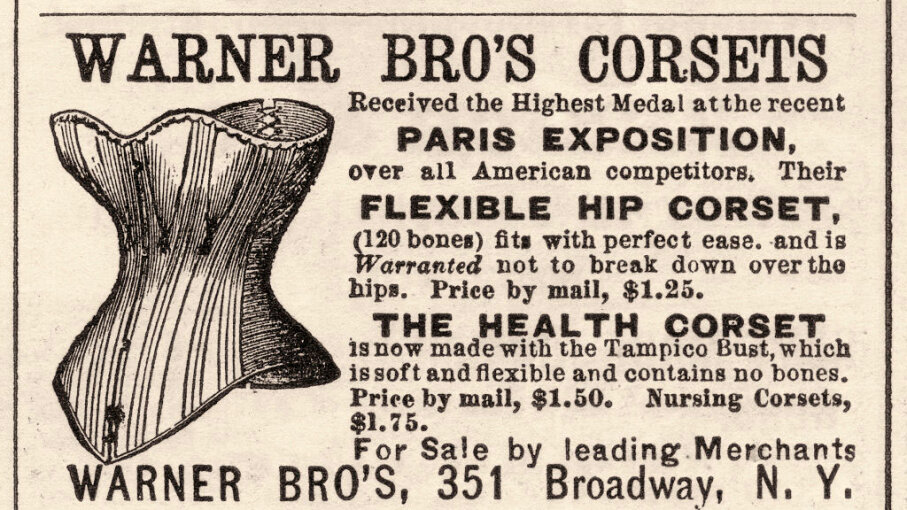 Shapewear has been molding women's bodies in Western society for more than 500 years [source: University of Virginia]. It all began with the corset, an undergarment designed to restrict and shape a woman's torso. In the 1500s, corsets were made from rigid materials like whalebone, with a stay or busk placed in the center to keep it straight on her torso. The corset usually had shoulder straps and stopped just short of the pelvic bone [source: Fine Arts Museum of San Francisco].

During Queen Elizabeth I's era, the design was largely architectural, resulting in molding the woman's torso into a straight-sided, inverted cone. In the early 1800s, corsets went out of style (the Empire waist look was fashionable), but when they returned a short time later, their shape changed significantly.

These new corsets accentuated a woman's hourglass figure, cinching in to give the smallest waist possible (and make the hips and bust look bigger). As the corset got tighter, the fat – and even internal organs – got squeezed harder.

Physicians objected to the use of these corsets and even went so far as to attribute diseases like tuberculosis, liver disease and cancer to corset- wearing. Whether there was any correlation is unlikely, but doctors were right that these corsets stunted proper muscle development and the ability to exercise [source: University of Virginia].

Thankfully, by the 1900s, ideals of beauty changed and the corset went out of fashion in the flapper era. By the time curves were stylish again (in the 1930s and '40s), women were using undergarments like the girdle to smooth out the belly and give the appearance of a flat stomach. Girdles were much less restrictive than corsets. Women's desires for having flat stomachs and smooth lines persists today and led to the development of new types of shapewear, one of the most popular being the Spanx brand. 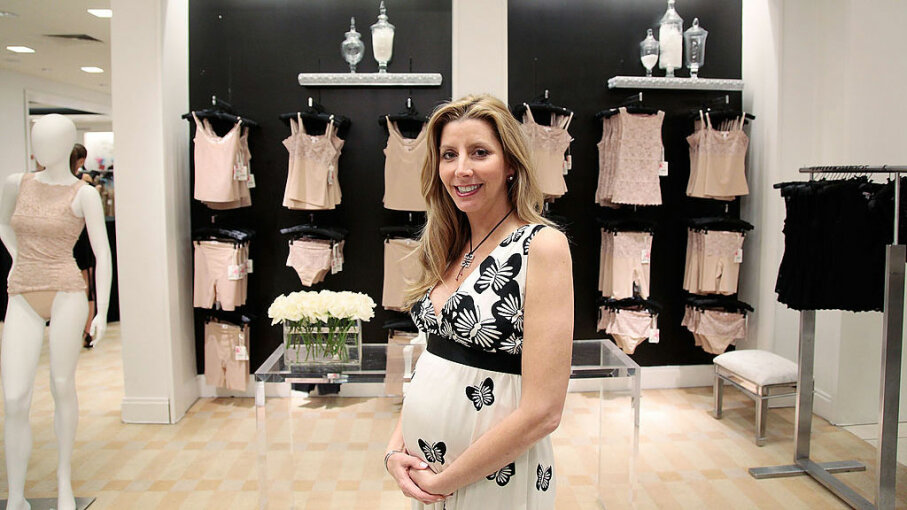 Spanx's founder Sara Blakely stumbled upon her idea for this new style of shapewear when she was annoyed that she couldn't smooth out the panty line visible under her pants. She ended up cutting off the feet from a pair of control-top pantyhose and wearing that underneath [source: Wood]. Blakely sensed a business opportunity, but to get there, she had to turn to material science in the form of spandex.

Spandex fiber (also known as elastane in Europe) was invented in the 1960s for ladies' undergarments and as a replacement for rubber [source: Reisch]. The fibers, essentially complex types of polyurethane, are incorporated into a fabric, like cotton or polyester, allowing the material to maintain its shape and not stretch out, no matter how much you squeeze into it. Spandex is the perfect material for turning bodily bulges into sleek silhouettes because it can stretch up to 600 percent and then return to its original size. DuPont manufacturers spandex fiber under the brand name Lycra [source: Reisch].

Modern shapewear like Spanx uses a combination of elastic and rigid fabrics, sewn or knit together in different patterns, that result in accentuating particular shapes. The nipping and tucking that these undergarments achieve is able to give the appearance of a 5-15 pound- (2-7 kilogram-) weight loss [source: Walters].

But we all know that women aren't really losing that weight when they squeeze into a pair of Spanx, so what is going on? Where does the fat go? As many of us know from personal experience, fat is ... well ... squishy. It condenses easily and its fluidity means it can be pushed into tiny empty spaces in our bodies, like the spaces that open up when muscle is compressed. So, the fat can easily be hidden away by just smooshing it inward.

But shapewear does more than just hide fat. The placement of the seams and types of fabrics that are used can actually move fat directionally, relocating it to more desirable areas. If you like a bigger rear end, for example, there's probably some shapewear that can shift fat around to give you a bit more cushioning in your behind.

However, some reports say shapewear may cause blood clots, acid reflux, and breathing problems [source: Adams]. As the garments compress the stomach, intestines and colon, the flow of digestion may be stifled, leading to temporary discomfort. Issues can arise on the outside of the body just as much as the inside. Because the tightly fitting material can trap moisture, it can create an environment ripe for bacterial and yeast infections.

From Bodysuits to Billions

Shapewear has moved from being the undergarment of choice for aristocratic women of Victorian times to a ubiquitous fashion option for anyone looking to "shed" a half-dozen pounds. You can buy shapewear as a standalone garment to wear under your clothes (including armpit-high shorts and whole bodysuit girdles), or seek clothing, like swimsuits and dresses that incorporate the technology. In fact, even men's fashion has begun embracing the sleeker shapes that a little spandex might offer. Men can buy belly-flattening undershirts made of microfiber blends with spandex.

With everyone wanting in on the shapewear fad, Spanx sales skyrocketed. In 2012, Blakely made it onto the Forbes magazine list of world billionaires. However, as women embrace their real bodies and move toward more comfortable clothing, shapewear may be falling to the wayside. In 2015, the New York Times reported that women's shapewear sales fell 4 percent from 2014 to $678 million.

No one can deny that shapewear is uncomfortable and women are increasingly less likely to "suffer for beauty." At the same time, so-called "athleisure apparel" like yoga pants and spandex leggings, provide some tummy control but in a much more comfortable way, and that market is exploding. Women's activewear (a category including athleisure apparel) jumped 8 percent from 2014 to 2015 to $15.9 billion in sales [source: Tabuchi]. Indeed, Spanx has been emphasizing comfort along with shaping in its more recent marketing. But as we know, fashion is cyclical so the shapewear downturn might just be temporary.

While some say that shapewear negatively impacts body image, others claim that it makes women feel more confident about themselves because they look sleeker. And confidence, whether it comes from squeezing in your excess fat or embracing your real body, is always a good thing.

Although shapewear might be in a slump, waist trainers are big. These are basically corsets, worn to give the wearer an hourglass figure and supposedly help them lose inches off their middle. Although many celebrities love them, these 21st-century corsets have a lot of the drawbacks that have plagued corsets throughout history. Plus, waist trainers only work temporarily. As soon as you stop wearing them, your fat reappears, unless you've been working out.

While I haven't worn much shapewear in my life, I've definitely had pants that were a tad too small. And let me tell you, unbuttoning those and setting my belly free is one of the best feelings ever. I can't imagine how much those corseted women of the 1800s must have enjoyed getting undressed at night!