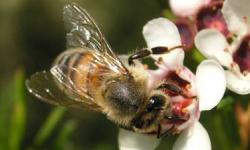 Before there were department store counters and drugstores, there were homemade cosmetics that often had some pretty funky ingredients.

Even today, you might be surprised to learn what's in the items you throw into your makeup kit. But be forewarned -- what we do for beauty can get pretty ugly . . . and dangerous.

Ambergris -- a highly flammable, waxy substance with a sweet, earthy odor -- comes from the intestines of whales and is used in perfume manufacturing. Prior to the 18th century, men and women molded ambergris into beads that were worn as an aromatic necklace. Although whales excrete the substance naturally (it's jokingly called whale barf), synthetic ambergris is now made to prevent the slaughter of whales for this highly sought-after product.

Wax is a common ingredient in many hair products and facial cosmetics today, but the men and women of ancient Egypt used wax more creatively. They would stick a cone of pomade, or scented ointment, on the top of their head, and over time, their body heat would melt the wax and give off a pleasant aroma.

Often made from soot, kohl was used for black eyeliner in ancient Egypt, North Africa, the Middle East, and Greece. Although kohl served to protect the eyes against the harsh sun and certain eye infections, some forms of the pigment contain lead -- not exactly a safe ingredient. Lead poisoning can induce insanity and death.

The cochineal bug is a bright red insect that hangs out mostly on cacti in places such as Peru, Chile, Mexico, and the Canary Islands. For centuries, these bugs have been crushed for the carminic acid they produce, which is used to make a bright red dye called carmine. A common ingredient in lipsticks, rouges, and eye shadow, the dye is also synthetically produced today.

Who knew beauty products were so full of . . . bee glue, among other things? Find out more on the next page.

Crystals of guanine, a compound made from fish scales and guano (the excrement of bats and sea birds), refract light in a lovely, pearly way. Guanine gives beauty products, such as shampoo, nail polish, and shimmering lotions, their shiny, glittery appearance.

All hairbrushes are not created equal, at least, according to fans of the boar bristle hairbrush. Boar bristle is scaly in texture, making it effective for cleaning the hair shaft, follicle, and scalp, and for distributing oil along the hair shaft. Boars needn't be harmed for their bristles, just sheared like sheep. Boar bristle brushes can be found in fine salons and online for around $35.

Chitosan oligosaccharide is made from chitin, a starch found in the skeletons of shrimp, crabs, and other shellfish, and helps maintain moisture in facial cleansers and creams. Not only does it keep the stuff in the tube damp, this substance keeps skin moisturized, too.

Gelatin and keratin are animal by-products derived from the hair, hooves, horns, skin, bones, and feathers of animals such as cows, chickens, and horses. These ingredients have long been included in shampoos and conditioners as binding agents.

Also called "bee glue," propolis is a brownish resin collected by bees from tree buds and bark to fill crevices and varnish the hive. Due to its antiseptic, anti-inflammatory, and anesthetic properties, bee glue can be found in many "all natural" lip balms, cosmetics, lotions, shampoos, conditioners, and toothpastes. But be careful -- just because a product is "all natural" doesn't mean it's safe for everyone. Allergic reactions to propolis are fairly common.

For centuries, women in Japan have been using silk in clothing and cosmetics. There are 18 amino acids in silk, making it a natural moisturizer readily absorbed by the skin. Silkworms produce silk naturally, and it's only the real stuff that provides any benefits to skin -- synthetic silk has none of those properties.

The civet, which looks like a cat but is more closely related to the mongoose, has sacs near its anus that create secretions harvested for perfume. The process of obtaining the secretions is painful for civets, so animal rights activists have succeeded in reducing this practice. Fortunately, synthetic materials provide the same stuff without harming the animals.

Japanese women of the Heian era (around A.D. 800-1200) used londinium, a lead-based powder, mixed with water to create a thin paste they applied to their faces. As with lead-based eyeliners in other parts of the world, this stuff was not very good for those who used it. Lead is easily absorbed by the body and can quickly cause many health problems and even death.