The saying "the higher the hair, the closer to God" gets a little more poignant with the news that the creator of the iconic beehive hairdo, a staple of American midcentury fashion, has died at the age of 98. Margaret Vinci Heldt, who created one of the boldest designs in American hairstyle, was a Chicago stylist who influenced decades of popular style.

The beehive was one of her signatures, an elaborate evolution of the also-elevated bouffant. It added volume and drama, and lasted in popular culture well beyond the brief time it showed up in public. Though it debuted in the 1960s, it remained an icon of Western style throughout the years, sported by New Wave band the B-52's in the 1980s, Marge Simpson in the 1990s and singer Amy Winehouse in the 2000s.

The style was inspired by a black velvet fez-style cap decorated with two beads that resembled bees.

"I liked that hat because, when I took it off, my hairstyle stayed in place," Heldt told the Chicago Tribune in 2010, when the Chicago History Museum commemorated the hairstyle's 50th anniversary.

Heldt, who grew up in Illinois as the daughter of Italian immigrants, gained acclaim during the 1950s thanks to her Chicago beauty shop Margaret Vinci Coiffures, the Washington Post reports. Her stylings regularly appeared in the magazine Modern Beauty Shop, the publication that in 1960 asked her to submit a new hairstyle for a new decade.

Heldt died late last week due to heart failure, her family said. "She had a zest for life, the most positive attitude," her daughter Carlene Ziegler told Reuters. "She was the life of the party right up to her last days."

Now That's Interesting
The beehive was also called the B-52, referencing the distinctively rounded nose of the World War II bomber; it's the reason the band of the same name chose that moniker. 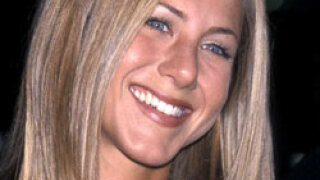