The Future of "SpongeBob SquarePants" 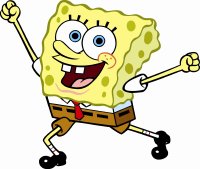 SpongeBob is hot across the globe.
Photo courtesy Nickelodeon

Although Nickelodeon executives were told for a long time that "SpongeBob SquarePants" would never catch on in other countries, they learned that what kids anywhere understand is honesty. Story editor Steven Banks explained why "SpongeBob" crosses all cultural barriers: "It takes place in its own self-enclosed world. It exists in a very self-contained environment that is not necessarily American."

In fact, "SpongeBob SquarePants" by any other name would be just as popular. The senior director of Communications for Nickelodeon, Nicole Parker, told us that "the most widely distributed property in MTV Networks history, SpongeBob SquarePants is syndicated in 171 markets in 25 languages and consistently rates in the top three in every major market it currently airs in across Europe, Asia, Australia, Latin America, and the United States."

Indeed, "SpongeBob" is a hot commodity across the globe. In addition to the United States, the program airs in the following countries:

The Future for "SpongeBob SquarePants"

When we asked Banks what the future holds for "SpongeBob," he replied, "To delight children forever!" He also hinted at a few surprise guest voices coming from the music world as well as storylines that play on old movies that are more familiar to parents than children.

Parker gave us a heads up on a big "SpongeBob SquarePants" event titled "Best Day Ever!" It will air on Nickelodeon and feature a 24-hour "SpongeBob" marathon/countdown (45 total episodes selected by kids online) beginning at 8 pm on Thursday, November 9, and ending the following day at 8 pm. The extravaganza will culminate with a special "Best Day Ever"-themed special episode. Patchy the Pirate will host the marathon, which will include on-air appearances throughout the countdown from SB's biggest fans (kids, celebrities, etc).

You can be sure that people all around the globe will be watching, from young children to adults. Such is the surprisingly mass apeal of "SpongeBob SquarePants."