Your team's star player is dribbling the ball, and there's not much time left on the clock. He fakes a left, then goes right, then shoots the perfect hook shot -- the one that helps your team take home the title.

No matter whether a team is playing for fun or for a shot at the big time, everyone loves bragging rights. That's where tournaments come into play. A basketball tournament is a series of games involving multiple teams that takes place over a period of one or more days, the outcome of which determines the champion of that specific tournament, league, state or national competition.

A sporting association will often host a basketball tournament in order to promote the sport and encourage friendly competition. The Amateur Athletic Union, Youth Basketball of America, National Junior Basketball, the National Collegiate Athletic Association and state school organizations are all examples of groups that organize and host tournaments every year. These associations sanction the events by having a formal set of rules and guidelines that all participating teams play under, and they often have local, state and national tournaments.

A city or town parks and recreation department may also choose to organize a tournament for teams in their local community. Some corporations, like Nike, host their own tournaments that not only promote the sport, but serve as a marketing tool for the business. Other groups, like Gus Macker, hold tournaments to raise money for charity. Of course, many of these events are organized in part by the parents and coaches of children's teams and adult players in amateur leagues.

But no matter who puts them together, basketball tournaments don't happen without organization and groundwork. Every successful event requires a good deal of preparation in order to ensure that it runs smoothly and that win or lose, everyone has a good time.

Although organizing a basketball tournament can be a lot of work, it can really pay off for your local team or league -- literally. Tournaments are great fundraising opportunities because you can earn money from entry fees, concessions and merchandise. Whether you're putting on an event in conjunction with a local parks and recreation department, a youth or adult league, a high school or college, these extra funds can help keep your group afloat financially and help players subsidize costs or travel expenses to other area tournaments.

So, what's the first (and arguably most important) aspect of organizing a basketball tournament? Read the next page to find out.

The Basics of Organizing a Basketball Tournament

The first order of business when planning a tournament is choosing when and where to host it. Be sure to pick a date that doesn't conflict with other events in your venue or other basketball games in the area. Many organizations have online calendars of events to help you plan. You should also consider the time of year you want to hold the tournament. If its purpose is to determine a league or geographical champion, then it should take place at the end of the season. If it's a contained event, such as an invitational tournament that simply declares its own winner, you can schedule it earlier in the season. Once you have the date, choose a venue and book it.

Now that you've got the event set, you'll need competitors. Who is this tournament for? Local youth teams? The adult rec league? Contact the teams, post registration instructions online and at schools, youth clubs, gyms and parks departments. Have teams formally register so you know exactly who's coming, and set a registration deadline far enough in advance to prepare the schedule. To make it easier, you may want to limit the number of teams allowed to play. And, of course, games can't be played if someone doesn't enforce the rules. So you'll also need to hire referees through a local officiating association.

Once you know who's coming, you can put together a schedule. Be sure to allot enough time each day to cover warm-ups and game time -- including halftime -- as well as extra room to stop the clock for things like time-outs and injuries.

In the weeks and days leading up to the event, you'll need to communicate with coaches, teams and volunteers about the logistical details. Also be sure to promote the tourney online and in the local press to generate interest.

People will need to eat throughout the day, so have a variety of food for sale. Remember that you're feeding athletes, so be sure to offer some healthy food and beverage options. If you're having a large tournament, think about selling T-shirts and other merchandise that participants and spectators can buy as souvenirs.

Remember the little details, too. Be sure to have awards for the winners, and don't forget to purchase extra insurance to cover liability.

Bye: It's More Than a Farewell

A bye occurs when a team advances to the next round of a tournament without having to play. This usually takes place in the early rounds with teams that are highly ranked.

There are many ways to crown the winner of your tournament. One of the most popular is a single-elimination competition, wherein a team keeps playing as long as it wins, with the overall champion being the group that remains undefeated. Teams are generally seeded, or ranked, depending on a number of variables, including team record and difficulty of schedule, and put into brackets so stronger teams are likely to meet in the finals. Bracketing works on a power of two basis, creating brackets of four, eight, 16, and so on. Although you can have an odd number of teams and schedule byes, the overall calendar will have one fewer game than there are teams (because one team will be declared the winner). If each game takes 90 to 120 minutes, a 16-team tournament will need 22.5 to 30 hours of court time. This could equal three to four days of play.

A double-elimination competition means more organizational work, because each team can lose twice before being eliminated. This means teams get more bang for their buck by being able to play at least two games. Because it's bracketed, there will still be an overall winner. For scheduling, an eight-team double-elimination tourney will need 15 games.

In a round-robin tournament, teams are divided into pools, and they play everyone in their pool either once or twice. The team with the best record wins. In some tournaments, after a round of pools, a single-elimination competition takes place so there's an overall winner. The disadvantage to this format is the amount of rounds needed. While a 16-team single-elimination tournament takes only four rounds, a 16-team round-robin tournament requires 15 rounds of action.

A 3-on-3 tournament is exactly what it sounds like: Teams of three players compete against each other in a pick-up game type of event. These tournaments are often organized for charity events, and the event director sets the rules. Most often, these include playing on a half-court, winning by a certain number of points or within a time frame that's shorter than a standard basketball game. A 3-on-3 tournament can be a large competition involving dozens of teams across all age ranges. Teams are grouped into divisions, usually based on age and/or gender, and they often play in smaller pools, with the winners going on to an elimination bracket within the division.

One of the most well-known basketball competitions in the country is the Gus Macker 3-on-3 Basketball Tournament, which was started by Scott McNeal -- aka Gus Macker -- in his parents' driveway in 1974. Since then, it's grown to be held in over 75 cities each year.

Tips for Organizing a Basketball Tournament

Youth leagues play tournaments too! But just because the players are pint-sized doesn't mean the event is going to be any easier to organize.
Creatas/Creatas Images/Getty Images

Once you put together your checklist of things to do, organizing a tournament might seem a little daunting. However, there are many sporting associations that you can partner with for assistance. The U.S. Basketball Association and the Amateur Athletic Union, among others, have resources to help make planning easier. An association can provide a lot of support for the groundwork of your event, such as marketing, scheduling, compiling brackets, communication and insurance. Since their staffs are pros at doing this, they can help you avoid some pitfalls. An established association can also provide sanctioning, which will add an air of authority to the event. While the cost of these services varies, your league may also have to become a member of the association, which could cost several hundred dollars per year.

Also give yourself plenty of time to plan the event. The Amateur Athletic Union recommends starting the preparations at least 180 days before the tournament starts. Otherwise, the weeks leading up to the event could become a mad, stressful scramble, and some important tasks might fall through the cracks.

One person can't do all the work alone, so make sure you have enough hands on deck to keep things running smoothly. From getting enough qualified officials and referees to recruiting volunteers who can man concession stands and wrangle teams, having warm bodies to do the small stuff will ensure a smoother overall event. Find qualified officials through your state's basketball officials association. Get volunteers by asking parents, spouses and friends of league members to help and be sure to offer potential volunteers a place to sign up on the tournament's Web site. You can also try recruiting volunteers through social media and various other online resources.

Finally, don't forget that unless you're holding a charity event, a tournament is a way for your group to make money. While you'll be planning for concessions and tournament merchandise, also consider renting tables to outside vendors who sell shoes, clothing and other basketball gear. They'll have access to a larger customer base, which will help you turn a profit. Outside vendors also lend an air of spectacle and excitement to your event.

Now that you have a better idea of what's involved in basketball tournament planning, it's time to get the ball rolling on your own event!

How do you organize a 3x3 basketball tournament?

You will need to figure out a location, a time, who will be competing and a schedule.

How do you create a tournament schedule?

When creating a tournament schedule, be sure to allot enough time each day to cover warm-ups and game time -- including halftime -- as well as extra room to stop the clock for things like time-outs and injuries.

How do basketball tournaments work?

One of the most popular basketball tournaments is a single-elimination competition where a team keeps playing as long as it wins, with the overall champion being the group that remains undefeated.

What is the first step to organize a tournament?

The first step to organize a tournament is choosing when and where to host it.

How do you run a successful tournament?

The key to running a successful tournament is to prepare in advance. You will need to figure out a location, a time, who will be competing and a schedule. You will also need to think of smaller details such as hiring referees, organizing food, selecting awards and marketing the event. 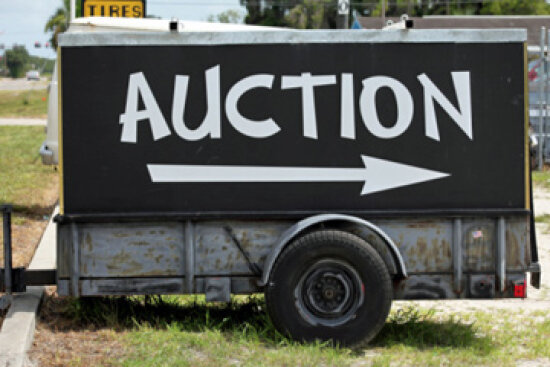 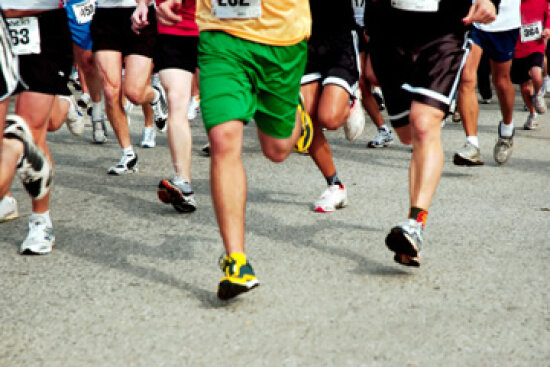 How to Plan a 5K Race Event