How Do I Draw Impossible Shapes?

Admit it. You're dying to try your hand at drawing an impossible shape. That's not surprising. Remember how much fun it was as a kid when someone first showed you how to draw a cube? You'd draw one square, then another one that was half on top of the first, then connect them with diagonal lines. Voilà — a cube!

While there are many complicated impossible shapes that would be difficult for most people to draw, you can use one easy method to create an impossible shape from many common forms: squares, triangles, stars and pentagons. Let's try a triangle [source: Snapguide]:

A step-by-step guide to drawing impossible shapes.
© 2015 HowStuffWorks, a division of Infospace LLC

Use this basic set of instructions to create impossible shapes from other forms. It should be pretty easy. 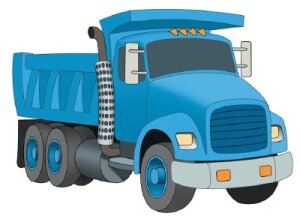 How to Draw Dump Trucks in 11 Steps