How to Draw Cement Trucks in 10 Steps

Browse the article How to Draw Cement Trucks in 10 Steps 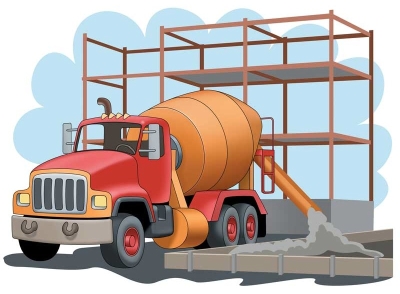 ­For big jobs that need lots of cement, this truck carries it right where it is needed. Once you learn how to draw this cement truck, you can drive it all over your imagination.

In this article, we'll show you how to draw the above cement truck. Either draw it freehand while looking at your computer monitor or print out this page to get a closer look at each step.

Ready to get started? Check out the next page for the first step.

1. Draw the Fender and Hood 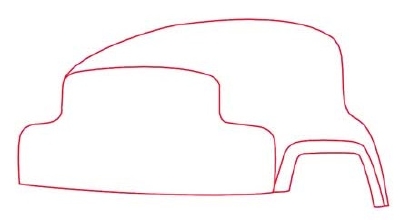 ­ For the cement truck, start by drawing the shapes that make up the front fender, hood, and grille.

On the next page, we'll start drawing the cab. 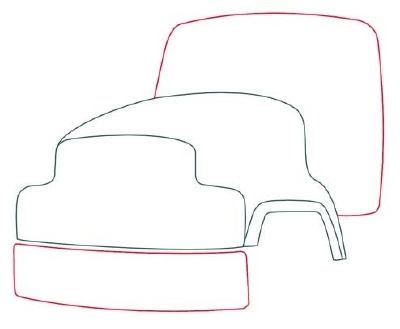 ­Draw a square with rounded corners behind the shape you just drew. This is the cab. Just below the grille, draw a slightly curved rectangle to make the front bumper.

Next, we'll add the windshield.

3. Add the Windshield and Tires. 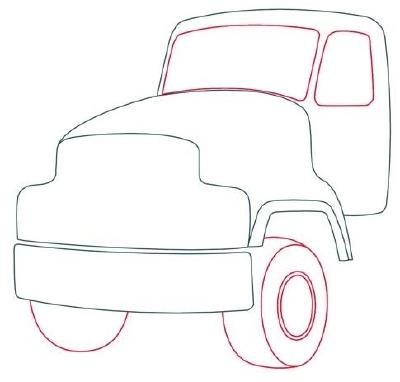 Put windows in the cab. The front windshield is a curved rectangle, and the side window is a rounded, squarish shape. Draw one of the front wheels facing you, as shown; draw a half-circle on the other side of the truck for the other front wheel.

Next, we'll add the gas tank. 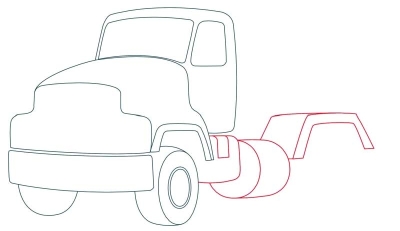 Draw a square shape below the cab; add a small rectangle at the top of this square. Draw a rounded shape with a circle at the front end for the gas tank. Draw the rear fender, outlining it to add depth.

Up next, we'll draw the rear wheels. 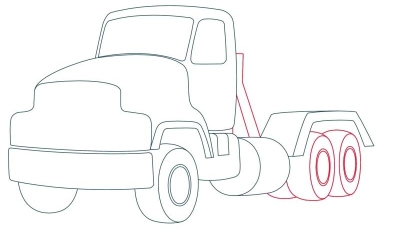 Draw the rear tires (there are three rear tires visible from this angle). Draw the arm that holds the cement barrel in place. This piece starts behind the gas tank and goes up to behind the cab -- it is slightly bent where it touches the cab. Add a very small straight line right behind the door.

Next, we'll learn how to draw the cement barrel. 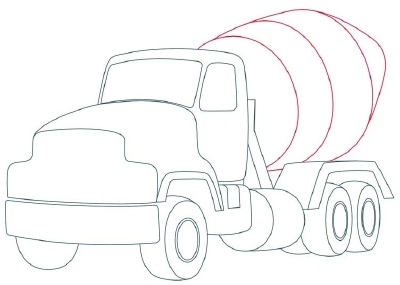 Draw the cement barrel, which looks a bit like the body of a bee. It is made up of three overlapping circles with a rounded triangle at the end.

Up next, we'll add a ladder to the rear of the vehicle.

7. Add Hooks to the Bumper and a Ladder 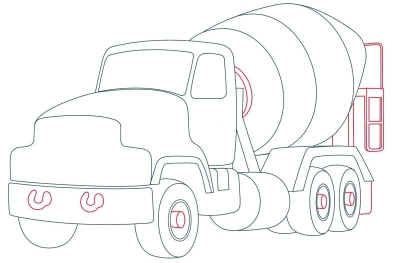 We'll add more detail to the cab on the next page.

8. Add Detail to the Cab 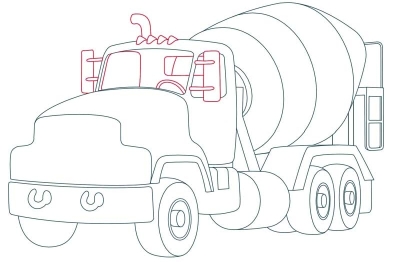 Finish the details of the cab. Draw rectangular side mirrors, with two narrow rectangles attaching each mirror to the side of the cab. Draw four wedge-shape lights above the windshield, and sketch a candy-cane shape for the exhaust pipe coming out between two of the lights. Inside the cab, draw two semicircles, one just inside the other, for the top of the steering wheel. Draw the side and back windows, adding the line of the cement barrel.

Up next, we'll draw the grill and headlights.

9. Add the Grill and Headlights 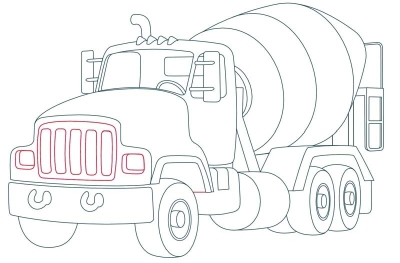 Draw and outline two squares for the headlights. Draw a large rectangle with five long rectangles inside it -- all have rounded corners -- on the grille. Add the small horizontal line behind the front tire. 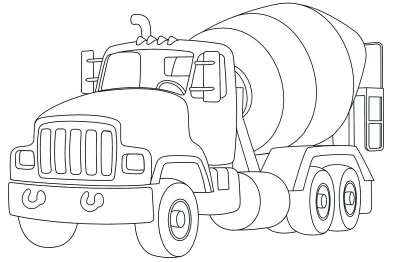 That's it! Even if you don't get it right the first time, keep practicing until you're satisfied with your drawing. Learn how to draw a roller, a great complement to the cement truck, in the next article­.