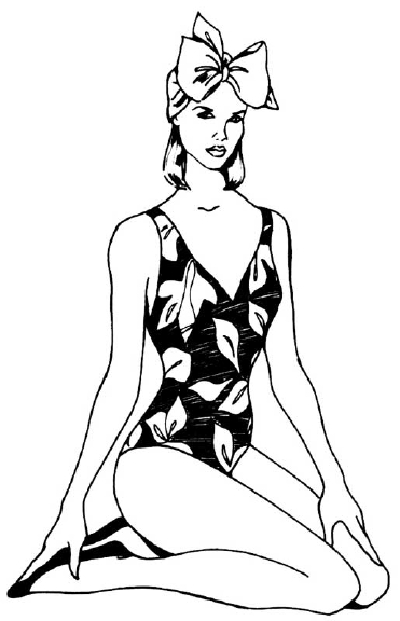 Learn how to draw a woman in a bathing suit following step-by-step instructions.
Publications International, Ltd.

Working on this drawing is like a day at the beach! Once you've learned how to draw this woman in a bathing suit, you can let your imagination go to set the scene. You could embellish with sand, surf, an umbrella -- even a barbecue!

In this section, we'll show you how to draw the woman in a bathing suit above. Either draw the picture freehand while looking at your computer monitor or print out this page to get a closer look at each step. 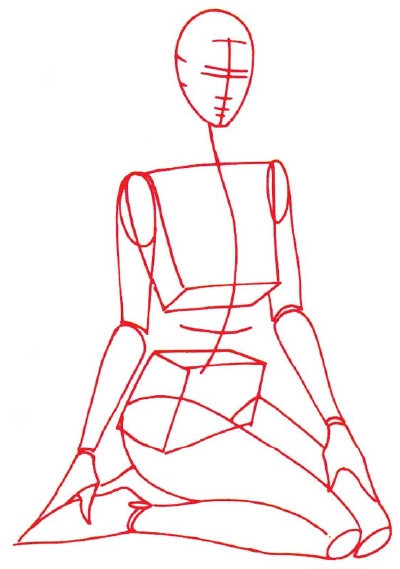 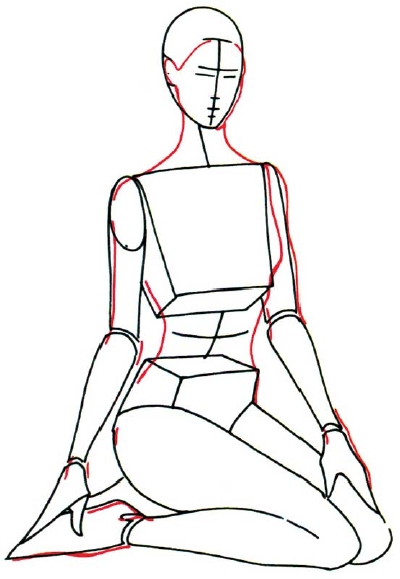 Draw an oval for the ear. Use curved­ lines to define the hairline and jawline. Extend long curved lines from the head for the neck and shoulders.

3: Draw the Scarf and Face 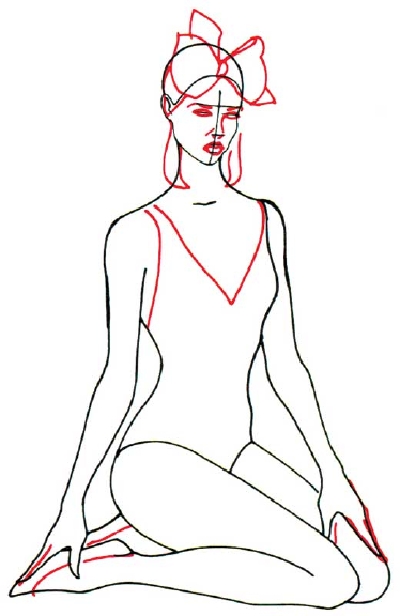 ­Draw the head scarf with odd-shaped triangles and rectangles. Use long curved lines to shape the hair. Sketch curved lines for the eyebrows and ovals with pointed ends for the eyes. Form the nose and lips with straight and curved lines as shown. 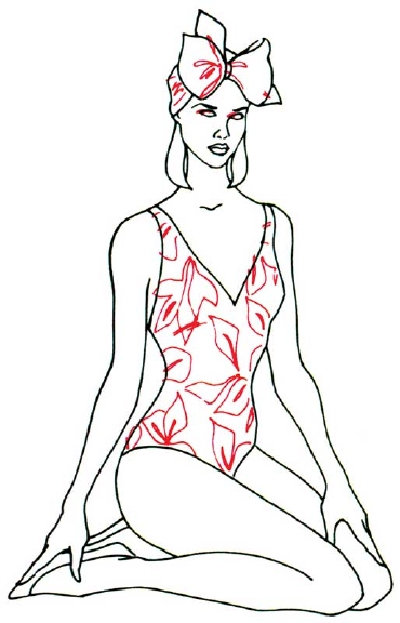 Use darkened ovals to finish the eyes and dark curves for the eyelids.

­Add squiggles to the head scarf to show wrinkles. Draw odd-shaped flowers on the bathing suit.

­ Add squiggles to finish the head scarf and hair. Draw thin lines on the bathing suit to fill in the pattern. Darken the shoes and add shading to the knee.

Way to go! This woman is ready for a day at the beach. Which is great for the summer, but colder seasons demand a warmer wardrobe.

See the next page to learn how to ­draw a woman in a fashionable topcoat.