How to Host a Christmas Light Contest

by Jill Jaracz
NEXT PAGE

This house has a lot of lights, but Christmas displays can get a lot bigger (and brighter)!
iStockphoto/Thinkstock

Your outdoor masterpiece has taken days of preparation, but you know it'll make your house the talk of the neighborhood. After placing a final string of lights on the bushes, you plug in the cord and voila! A stunning display of electric holiday cheer. But your neighbor is also finishing up his own massive Christmas lights spectacle. Maybe it's time for a friendly competition between the two of you, you think. Next thing you know, other neighbors want in on the fun, and you've suddenly got the makings of a Christmas contest that will make the holidays brighter -- literally.

With a little organization and preparation, hosting a Christmas light contest is easy. First, define the contest area. This can be as small as a few homes or as large as a neighborhood competition. If the Christmas spirit is overflowing, it could even be a town-wide celebration.

Next, define the rules. You may want to have a theme to spark people's creativity. If the contest is large, consider having different categories like "traditional" or "best lights" and create categories for each type of home, including apartments, duplexes and single-family residences. Pick a date by which houses must be decorated, and specify the day and time for judging and the announcement of the winners.

The organizers of the event should decide who will judge the entrants and how formal the process will be. The judges should all be impartial third parties, so if the competition is just between a few homes or along a single block, ask neighbors from a few streets over to decide the winner. If it's a subdivision-wide contest, ask officers of your homeowners' association to serve as judges. For an event in which anyone from the town can participate, consider having elected officials act as judges, or ask local celebrities or respected citizens -- such as radio hosts and business owners -- to choose the winners. Judges should score entries on different variables. The public could also be allowed to vote through voting boxes placed at each house.

Having a contest means prizes. This could be as simple as bragging rights, a homemade ribbon or certificate or as big as a cash award. If you're offering a substantial prize, consider charging an entry fee or getting funding from a neighborhood association. You can also try to find a business sponsor who has ties to the community and who could benefit from some free advertising.

Finally, get people involved. Post flyers with information and talk up the contest with your neighbors. Use Internet resources, like local news Web sites, town calendars and social media to get the word out. 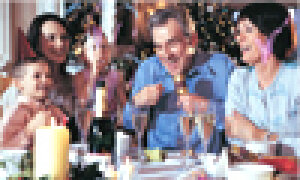 How to Plan a Christmas Party 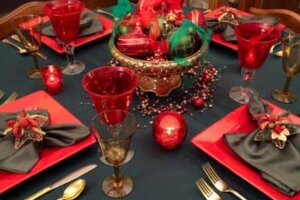