by Beth Brindle
Prev NEXT
7 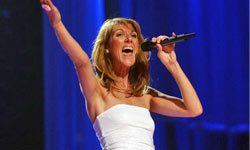 It looks like a costume for some sort of bizarre opera production (or maybe that scene in the "Wizard of Oz" where the munchkins scamper out from behind Glinda the Good Witch), but no, it's really the gown that Celine Dion wore for her 1994 wedding to her manager, Rene Angelil. Her conehead-inspired, 7-pound tiara was made from 2,000 glittering Swarovski crystals and had to be sewn into her hair, possibly to prevent her from following her natural impulse to rip it off her head as fast as humanly possible. The gown itself reportedly took 1,000 hours to complete and featured a 20-foot train.