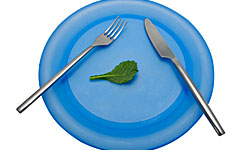 With tears in his eyes, your boyfriend gets down on one knee and presents you with a moving proposal and an engagement ring that perfectly symbolizes your everlasting love for each other. You gleefully accept and bashfully acknowledge the round of applause that ensues if you're in public. Then, you both sit down to dinner at a fabulous restaurant, where you read the menu with a newly critical eye. The fettuccine suddenly seems like such fattening fare -- you've got a wedding dress to don in just eight short months! You sigh and opt for a glass of water and side salad (passing on the dressing, naturally).

Whether you're a size two or 12, it's a virtual certainty that you're sweating some aspect of your appearance. Deceptively simple crash diets are never the way to go. Sure, you might drop a few pounds, but at what cost? A bride who's been munching only carrots and celery won't be radiant on her big day.

If you're still not convinced, keep reading for the many reasons you should resist the urge to crash. You can take another diet route to look your bridal best without compromising your health and taste buds in the process. 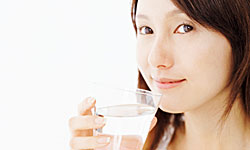 In the beginning, it's all sunshine, roses and rapid weight loss. In reality, crash diets only help you lose superficial weight -- by that, we mean five or six pounds of retained water or even precious muscle. Buoyed by these results, enthusiastic dieters continue down the crash path, only to restrict calories to such an extent that their metabolism takes a major hit. At this point, the body starts sabotaging the dieter, and it becomes harder and harder to lose pounds of substance. This is when you can cause significant damage to your body. Which takes me to my next point …

Your fiancé proposed because he loves you, not because he expects you to squeeze yourself into a wedding gown designed for Twiggy. In fact, he'd probably be worried and even a little angry if you embark on a diet plan that can stress your heart, cause palpitations and dehydration, and torpedo your immune system -- all of which are possible side effects of crash dieting.

Need some hard evidence? According to Health.com, the U.S. Food and Drug Administration (FDA) examined 60 deaths of liquid-only dieters, many of whom were healthy people who suffered ventricular arrhythmias likely caused by malnutrition and stress to their respective hearts. Bear in mind, there are many more case studies out there -- this is just one report!

Thirty-four-year-old Samantha Clowe of England died of heart failure after maintaining a strict 530 calorie per day diet for 11 weeks in preparation for her nuptials. The specific cause of death was identified as her low calorie intake and unhealthily rapid weight loss. 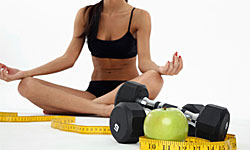 A combination of diet and exercise is the safest, most effective route to weight loss.
iStockphoto/Thinkstock

Diet and exercise, exercise and diet. Sigh, you don't have time for that! There has to be another way, right?

Wrong. Diet and exercise is the healthiest formula to follow for attaining your desired weight loss. Many people are put off by the recommendation that a safe, healthy diet only results in a loss of one or two pounds per week. Think of it this way: If you want to lose 15 pounds, you need fewer than four months of consistent, safe dieting and regular physical activity to attain your goal.

Take time to plan your weekly menu, making sure to create a diet rich in fruits, veggies, whole grains and lean meats. For best results, swear off nutritionally deficient foods like white bread and rice, sugar and processed foods that contain lots of sodium and saturated fat. Bear in mind that enough exercise will actually help you build muscle mass, so even if the needle on the scale doesn't move much, you'll notice the change in your body by the way your clothes fit.

The Weight Will Just Come Back

Crash dieting is a piece of (rice) cake for a few days. Once the effects of extreme calorie, protein, carbohydrate and fat deprivation kick in, however, it becomes frighteningly easy to fall off the dieting wagon.

Metabolic function slows way down during crash diets, so once you start eating normally again, your metabolism simply can't operate at its previous rate. These excess, unprocessed calories are then turned into fat, and the pounds pile back on.

You're gorgeous just the way you are; otherwise, your man wouldn't have been inspired to propose an eternity of togetherness. Make that your mantra, and repeat it every time you're tempted to adopt unhealthy dieting habits. 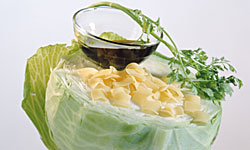 Yum, everything you need for cabbage soup!
John Foxx/Thinkstock

We get it: The weight loss promised by crash diets is enticing.

But the menu is too often just the opposite. Who really wants to embark on a cabbage soup diet? Don't even get us started on liquid-only regimens -- they're just not natural.

So, take the advice of doctors and nutrition experts around the world and skip the unappetizing crash diets altogether. We'll personally plan to take a pass unless someone invents an effective, yet delicious, brownie diet. We can dream, right? 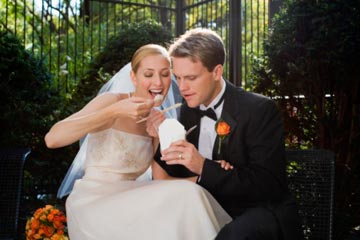 How can I avoid post-wedding weight gain?