Browse the article 10 Mother-son Dance Songs for Your Wedding 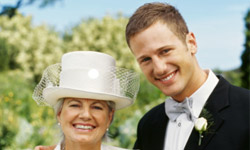 The first woman the groom fell in love with -- his mom.
George Doyle/Thinkstock

There can be many touching moments in a wedding reception, but only the first dance between the bride and groom has more potential for real poignancy than the mother-son and father-daughter dances. When you're searching for the perfect song to reflect the deep connection between a parent and child, you're orchestrating a memory-making moment.

For the mother-son dance, choose music that reflects the bond between the two people involved. It doesn't have to be a family favorite, but something about the title, lyrics or melody should have personal significance and resonate with the guests, too. These 10 classics will get you started.

Winner of the 1971 Grammy Award for both Song of the Year and Record of the Year, this sentimental favorite was released in January of 1970 and topped the charts for six weeks. It was the title cut from Simon & Garfunkel's last album together.

With its soaring solo vocal performance by Art Garfunkel, "Bridge Over Troubled Water" is a winner for either a mother-son or father-daughter dance.

If you love the lyrics to "Bridge Over Troubled Water" but would like to explore alternative treatments, there are lots to choose from. Our favorite is Elvis Presley's 1970 version. You can find it on his album, "That's The Way it Is."

Wind Beneath My Wings - Bette Midler 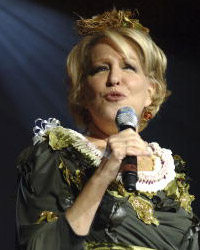 Written in 1982 by the songwriting team of Jeff Silbar and Larry Henley, "Wind Beneath My Wings" found its voice in 1988 as the closing ballad for the movie "Beaches." Although first envisioned as a romantic number, this classic Bette Midler tune has become a universal tribute to the inspirational power of love. It's a two-hanky number, so be prepared. 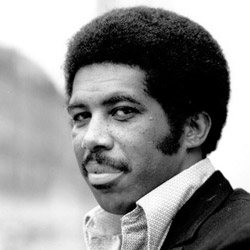 Released as a single in 1960, "Stand by Me" was the rewrite of an older gospel song by The Staples Singers. Ben E. King's version made it to number four on the U.S. charts. A big hit for King in his first solo effort after leaving The Drifters, the song was resurrected in 1986 for the movie "Stand By Me." It has a strong beat and a tender sentiment.

Because You Loved Me - Celine Dion

Written by Diane Warren for the movie "Up Close & Personal", "Because You Loved Me" won the award for Best Song Written for a Motion Picture at the 39th annual Grammy Awards in 1997. It's also one of Celine Dion's signature songs. A touching acknowledgement of parental faith, this tune could be a real showstopper at your reception.

Music can be an important expression of your personal style and taste, but don't forget to check with prospective churches, synagogues or other venues to make sure that your choices don't conflict with the existing rules and regulations.

In My Life - The Beatles 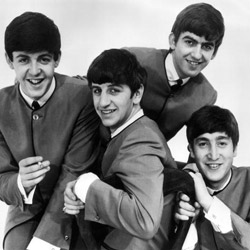 An oldie but a goodie, "In My Life" was released in 1965 on the Beatles' "Rubber Soul" album. Both Paul McCartney and John Lennon thought it was one of the best songs they ever recorded, and it was ranked 23rd on Rolling Stone's list of the 500 Greatest Songs of All Time. This one has a lot of grace, and it's become part of our cultural lexicon, too.

Have I Told You Lately That I Love You?

There are two popular versions of this song, one by Van Morrison from his "Avalon Sunset" album and the other by Rod Stewart from "Vagabond Heart." Depending on the style of your wedding, either is a fitting tribute to a mother's love and a son's gratitude.

If you plan on hiring a band or DJ for your wedding, begin evaluating candidates at least a year ahead of time.

The First Time Ever I Saw Your Face - Roberta Flack 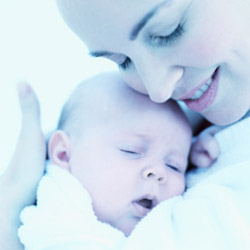 Mom will need a hanky when she thinks about the first time she saw her child's face.
Thinkstock

From Roberta Flack's album "First Take", "The First Time Ever I Saw Your Face" won the 1973 Song of Year Grammy Award. At its core it's a romantic love song, but it's also an expression of the power of devoted love of all kinds. Some of its lyrics are movingly suggestive of a mother seeing her baby for the very first time. If you don't like the intensity of Roberta Flack's rendition, you can find versions by Johnny Cash, Elvis Presley, Isaac Hayes, and Mel Torme.

Greatest Love of All - Whitney Houston

From her album "Whitney", "Greatest Love of All" was originally the B side of her single, "You Give Good Love." It hit No.1 on the U.S. pop charts in 1986. Houston wasn't the first to see the potential of this inspiring tune, though. Written by Michael Masser and Linda Creed, "Greatest Love of All" was first recorded by George Benson in 1977 for a film biopic about Muhammad Ali.

When you explore lists of potential mother-son dance songs, take a look at father-daughter numbers, too. Some tunes can be interchangeable.

What a Wonderful World - Louis Armstrong 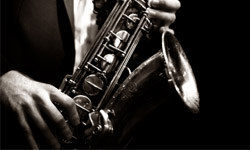 This jazzy number will add a little class and nostagia to the festivities.
iStockPhoto/Thinkstock

Written by Bob Thiele and first recorded in 1968, "What a Wonderful World" is an optimistic, wedding crowd-pleaser. A classy and timeless choice for a reception with a jazzy vibe, this song has just the right touch of melancholy to keep it from being too sentimental. It's a winner for any mother-son dance team.

No list of mother-son wedding songs would be complete without this perennial favorite from the Broadway musical and 1971 film adaptation "Fiddler on the Roof." It's about the passage of time, changes and -- well, life. You don't have to be into show tunes to recognize the appropriateness of choosing this song for one of the parent dances. If you think it's a little too overused, look at it this way: Weddings celebrate tradition, and there's nothing more traditional when folks get married than taking a moment to pause and reflect on the meaning of life. There won't be a dry eye in the house.

Want to choose music for your wedding that shows off your unique style and flair? Most DJs have an extensive knowledge of jazz, golden oldies, show tunes and other musical categories. They can help you put together a customized program with selections you'd never have thought of yourself. 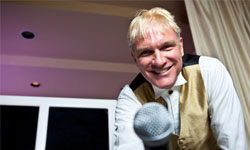