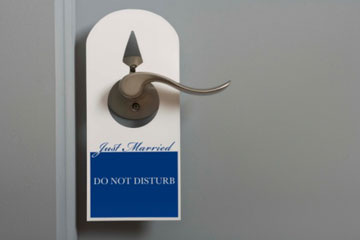 Royals and commoners deserve a little private time on their honeymoon.
Jupiterimages/Thinkstock

Through the years, royal weddings have become an event for the whole world to look forward to. Right now, we're all excited about Prince William and Kate Middleton's upcoming vows. With all the buzz surrounding the nuptials, it kind of makes you wonder if the happy couple ever gets any privacy. Certainly the media will leave the lovebirds well enough alone on their honeymoon, right?

Come to think of it, we're not even sure where the paparazzi would go to catch Will and Kate canoodling in newlywed bliss. This poses the question, what's a royal honeymoon like, anyway? We might envision centuries-old castles, four-poster beds with red velvet canopies and lavish 10-course meals, but is that really what goes down?

We'll take a look at the royal honeymoons that Will's grandparents and parents took to get an idea of what to expect from the prince and Kate, and then we'll dish on where the duo is rumored to be heading.

Will and Kate Honeymoon Speculation 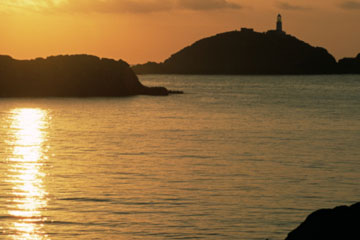 The Isles of Scilly at sunset. Can't you feel the romance?
James Warwick/Getty Images

OK, so we've profiled some historical precedents for royal newlyweds. What's on the docket for Will and Kate?

The socially minded couple says they won't take a lavish honeymoon since British citizens are stuck in a state of financial turmoil (not unlike those of us watching the wedding from the U.S. and other Western nations!). Instead, they're traveling on a budget. According to palace officials, Will and Kate will take a two-week honeymoon close to the United Kingdom. The Isles of Scilly, the latest reported honeymoon destination, is just 29 miles southeast of Cornwall, England. Other speculated locations include: Kenya, where Prince William proposed to his bride; St. Andrews, where the two went to school and first met; and Australia, which was Prince William's first trip abroad with his parents when he was a child.

Although they're part of the royal family and definitely enjoy lavish lives, royal brides and grooms are just like the rest of us. Their honeymoons may or may not be more expensive and lavish, but the newlyweds truly want to use this time to cozy up with each other in a romantic setting, or to visit a place that's meaningful to them in their journey as a couple.