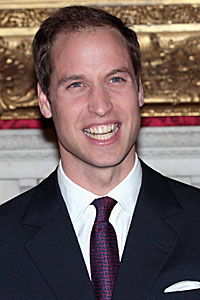 Most people are familiar with storybook fairy tales. The pretty peasant girl meets and falls in love with a tall, dark and handsome prince. He whisks our heroine away in a horse-drawn carriage to a white castle, and the happy couple lives a blissful life together until the end of time. Sigh.

What little girl doesn't dream that one day she'll meet prince charming, have a magical wedding and live happily ever after? The truth is, very few of us have a real chance at joining a royal family -- especially the British royal family.

An everyday English girl, Kate Middleton, beat the odds and snagged one of today's most eligible bachelors, Prince William of Wales. How does a commoner become the first woman in more than 350 years to marry prince charming? The pair met by chance as students at a prominent European university, but Prince William has reportedly claimed that Kate won him over with her "naughty" sense of humor.

Dying to take a stroll through Windsor Castle in Kate Middleton's Louboutin pumps? The life of a modern-day princess certainly has its perks. As if inserting the title of "princess" before her first name isn't thrilling enough, she also has a private secretary, a full team of aides, around-the-clock security and a couturier to design all of the custom garments and ball gowns she desires.

Even though your chance may be one in a million at becoming the next princess of England, you might be surprised to learn that there's no law keeping a prince from marrying a commoner. So, if you play your cards right, who knows? You could be the next girl who sweeps a prince off his feet. (You're already imagining how you'll look in a tiara, aren't you?)

For all of the hopeful bachelorettes out there, we've got three rules for meeting and marrying prince charming.

Rule No. 1: Become a Prominent Member of Society 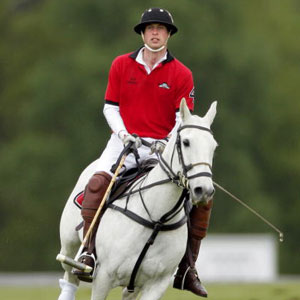 Contrary to popular belief, you can't buy your way into British aristocracy. England's upper class includes entrepreneurs, people who have become wealthy by working hard as business professionals, and those who have simply inherited large sums of money.

To fall in love with a royal, you've got to become acquainted with one -- and let's be honest, being wealthy definitely improves your chances of socializing with the royal family.

Princess Diana's parents (both from aristocratic families) mingled regularly with British royals. When Diana was a teenager, she met her future husband, Prince Charles, at a party she attended with family. The couple married several years later.

Even though the rich often run in the same circles with the British royal family, it's far more important to be an honorable member of society than a wealthy one. To gain respect and earn your spot as a dignified member of the royals' social circle, you must follow rules of etiquette, maintain an exceptional public reputation and earn a good education. Most eligible princes attend fine colleges and universities, so women admitted to the same schools are increasing their chances of socializing with royalty.

Our case study princess-to-be, Kate Middleton, who was raised by wealthy, self-made entrepreneurs, was accepted to Scotland's St. Andrews University, where she met Prince William. The two even shacked up as roommates in an off-campus estate during their college years! Over time, their friendship developed into a relationship that lasted several years, and the rest is history.

Now more than ever, royals mingle with commoners at everyday places and events.

If you're part of an upper-class family in England, you might be inclined to attend polo games, rugby tournaments or tennis matches where the British royals are also present. Prince Harry, a revered polo player, is rumored to have met his on-and-off girlfriend, Chelsy Davy, at a polo match.

This brings us to another point. You can be a prominent member of society and meet your prince, but you've got to have something in common if you want to make it to the altar. Prince Harry and Chelsy Davy both enjoy sports, outdoor activities and are regularly spotted together in London bars and nightclubs. Does all this add up to another royal engagement? 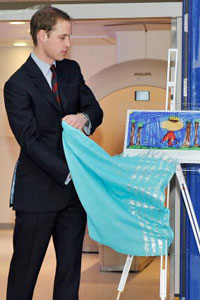 Rule No. 3: Fit the Historical Requirements

OK, so here's where things get a little stale and sticky.

Historically, heirs to the throne can't marry a Catholic due to The Act of Settlement, a document enacted in 1701 by the British Parliament. This law, passed during a period when Protestants feared widespread Catholicism, states that only Protestant heirs of Princess Sophia, granddaughter of James I, should be permitted to take the British throne. Later, the law extended to Scotland.

The law still exists today, forbidding Catholics or those who marry a Catholic from becoming a member of British royalty. Even though Anglicanism and Catholicism are similar, if the bride-to-be is Catholic, she must convert to Anglicanism to become part of the royal family.

Only two years ago, Canadian-born Autumn Kelly, a commoner, converted from Catholicism to the Anglican church before marrying Peter Phillips, son of Princess Anne. Prince Peter would have been forced to give up his place in line to the throne if Autumn refused to denounce her Roman Catholic faith.

It's hard to imagine that today's multi-faith society still upholds this law, especially since it doesn't prohibit any other religious person from joining the royal family. Even though it would be a huge undertaking for members of legislation, they're currently reviewing the contents of The Act of Settlement and considering doing away with the discriminatory law altogether. Maybe one day, the system will expunge the act and be open to allowing spouses of British royalty to freely practice whatever religion they choose.