by Echo Surina
Prev NEXT
5 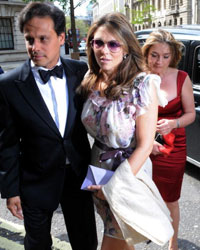 Model and actress Elizabeth Hurley married Indian textile heir Arun Nayar in an wedding celebration that had two separate ceremonies -- one in England and the other in India -- in 2007. The two weddings cost an estimated $2.8 million and were outrageously extravagant, as was this blinged-out bride.

At the ceremony held at Sudeley Castle -- an English medieval estate -- Hurley wore a full-length, white chiffon gown by Versace with cascading ruffles on the skirt and a 2-foot train. She topped it off with a Chopard diamond tiara.

Her dress for the traditional Hindu ceremony in India was vastly different but no less spectacular. She wore a bright pink sari with golden detailing by Tarun Tahiliani, a renowned Indian fashion designer.

But this bride's biggest bling was her ring. Nayar gave her a wedding band studded with 138 diamonds, which isn't too surprising, considering her engagement ring weighs in at an astonishing 15 carats. 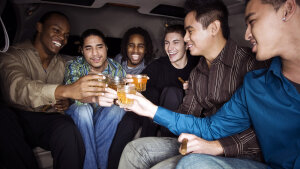 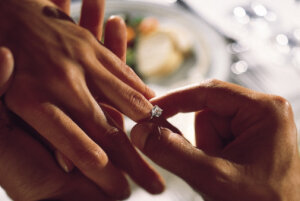