How to Create Street Style with Flair

by Alison Cooper
NEXT PAGE 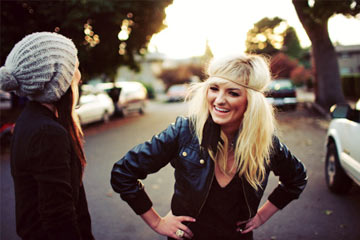 So you need to up your fashion cred? Then you have to hit the streets where some of the coolest trends begin.
iStockphoto/Thinkstock

Once upon a time, you were pretty hip, maybe even a trendsetter. You had style, and it was all your own -- you marched to the beat of your own drummer. You were always three steps ahead of the masses, moving on to the next thing just before everyone caught up to you.

But something happened between then and now -- maybe it was working a 9-to-5 office job or moving to the burbs. Or perhaps it was having kids of your own -- and somehow lost your mojo. Now you find out about the latest trends when you see them in magazines, and you can't remember the last time you felt motivated enough to create your own, original look.

Sounds like you need to hit the streets. And we're not talking about the cul-de-sacs of your town or the roads that lead to your local mall. You need to go to the coolest neighborhood in the nearest city, sit on a bench and watch the crowds roll by. Whether they're punks, skaters, fashionistas, Goths, hipsters or just flat-out weirdos, you can take fashion tips from all of them. Where were thick black-framed glasses, trucker hats and neon-hued skinny jeans before they were on the runways and taking over malls across America? That's right, the streets. You name the trend, and it most likely started on the street, not in the mind of a haute-couture designer.

If a road trip is out of the question, there are plenty of blogs out there that feature amazing photos of street style from all over the world. The Japanese, in particular, have a rich street-fashion culture. Dig around for as much inspiration as you can -- once you've soaked in the atmosphere on the streets and examined a few blogs, you'll feel your creative juices begin to flow again. Who knows, maybe you'll even be inspired to start a new trend or two of your own!

Here are a few of our favorite blogs for tapping into international street style:

For more style ideas, check out the links below. 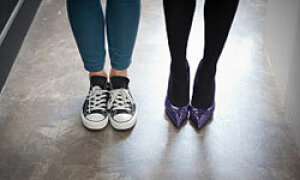 5 Tips for Creating a Unique Style

Casual Indie Style on a Budget 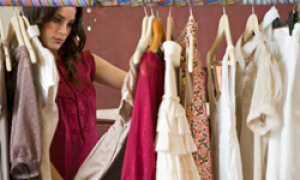 5 Tips for Changing Your Style to Match Your Body