The Evolution of Military Style

Judging by current fashion news, the "military trend" can seem just that -- a trend. Epaulets are a fad that will eventually go the way of Members Only jackets and poodle skirts. But those who've done their homework know different: Fashion has loved the military look since gold buttons and braid first graced an officer's jacket.

It can seem an odd pairing, fashion design and the trappings of battle, but on closer inspection it starts to make sense. Yes, fashion design dictates cuts and colors, but it also reflects the zeitgeist of an era -- note Yves Saint Laurent's gasp-worthy introduction of women's pants in the 1960s.

The love affair goes back at least to the 18th century with the Spencer jacket, a cropped version of formal outerwear worn by British officers. Napoleon's fingerprints were also all over 19th century French fashion.

But the relationship found solid, lasting ground with the Great War. In the early 1900s, the eyes of the world rested anxiously on the cold, wet battle trenches of Europe, where soldiers desperately needed coats that would keep them dry. Thomas Burberry, it turned out, had just the thing ... 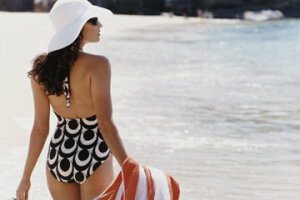 How to Find a Flattering Swimsuit 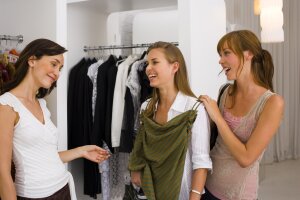 10 Ways to Develop Your Personal Style